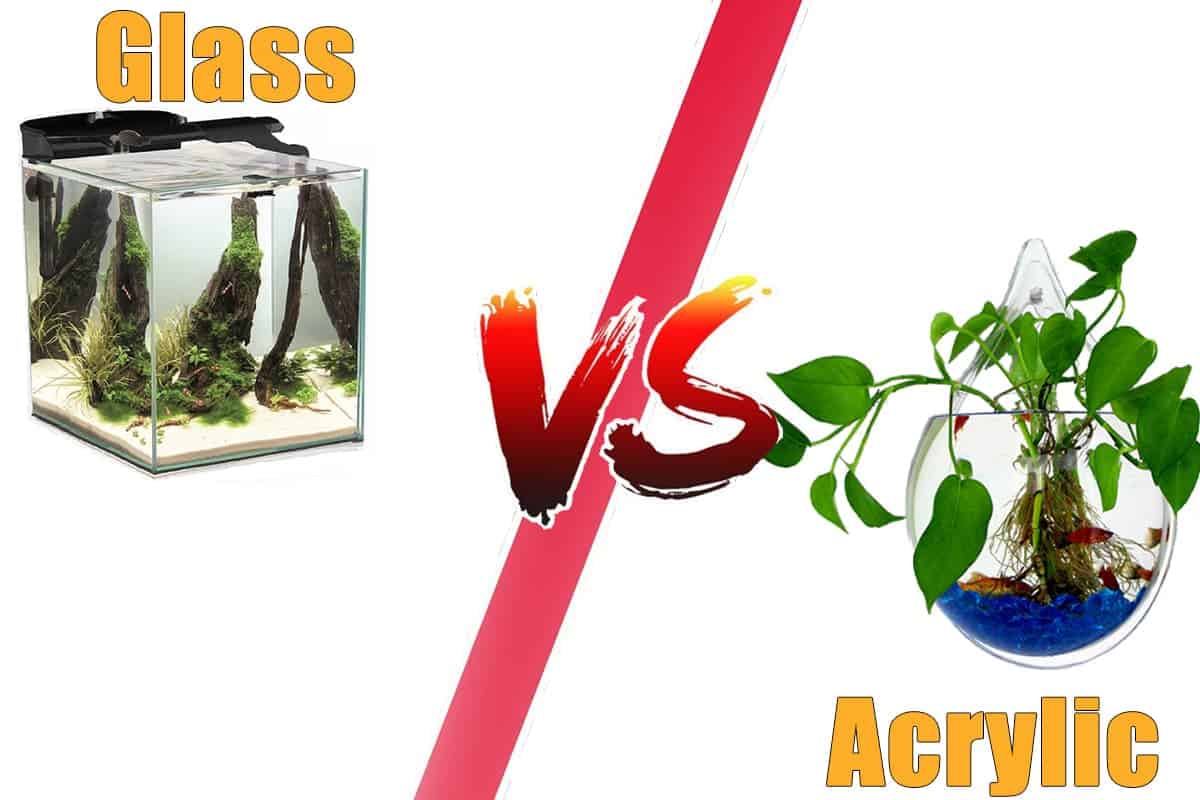 An aquarium is a special enclosure or well-designed structure used to confine and display aquatic organisms, i.e. live plants and animals such as fish, invertebrates, amphibians, and reptiles.

The two main materials for making aquariums are acrylic (plexiglass) and glass. These materials have varying characteristics (weight, insulation, durability, etc.), pros and cons, and also their prices differ significantly.

In this article, I will highlight the features of both aquariums with their pros and cons to enable intending aquarists to make informed choices.

The first modern aquarium was made of glass and it was developed in the 19th century by Sir Robert Warrington.

Note: During this period, aquariums featured slate or steel bottoms, alongside glass paneling attached with metal frames and sealed with putty. This allowed the aquarium to be heated with an open flame heat source beneath; thus providing warmth for the aquarium inhabitants. Up until the mid-1960s, metal-framed aquariums were prevalent; later on, these were phased out and replaced by silicone-sealed styles.

Nowadays, a large percentage of aquariums are made from glass panels. These are bonded and held together using a 100% aquarium silicone sealant.

Also, a common feature in most present-day glass aquariums is the addition of tempered glass at the bottom. This confers strength to the aquarium by boosting its impact resistance, however, the rest of the panels are made with plate glass.

A glass aquarium is an enclosure made of glass and it can be crafted for sizes up to 1,000 liters or 260 gallons. Glass tanks are mostly made in rectangular/cuboidal shapes, whereas fish bowls are typically spherical.

It is worthy to note that irrespective of its popularity, glass can be brittle and just a little impact can cause fracturing of the panes. And the bonding material used to join the glass panes at the seams may weaken over time, resulting in a leak.

Glass aquariums have enjoyed fame for the longest time and it has always been a popular choice for many home aquarists. A notable aspect of glass aquariums is the use of silicone sealant which provides a good long-lasting, water-tight seal around the seams. And this water-tight seal has since eliminated the need for structural frames.

Also, glass aquariums provide less temperature insulation making it slightly difficult to maintain the temperature at a particular set point. What’s more? The cost involved in producing glass aquariums is lesser and they are generally more resistant to scratches.

Acrylic aquariums gained popularity and were exposed to the general public in the 1970s.

These are made from acrylic or plexiglass; a transparent thermoplastic often used in sheet form as a lightweight or shatter-resistance alternative to glass.

In recent times, acrylic aquariums have keenly competed with glass aquariums because of the distinctive features and benefits that emanate from them.

As I mentioned before, this type of aquariums is crafted from transparent thermoplastic known as acrylic, acrylic glass, or plexiglass. The acrylic panels are not glued, rather they are bonded. This is made possible by an acrylic soluble cement that softens the plastic surfaces and allows them to merge. The materials are thereby connected and structured into one piece.

Unlike glass aquariums, the view of the acrylic aquarium display remains as clear and transparent irrespective of the thickness of the acrylic material.

Several shapes can be achieved when using acrylic to make aquariums such as U-shape, heart-shape, hexagonal, octagonal, cylindrical and cuboidal shapes because it is easily drilled and manipulated.

In addition, acrylic is said to be stronger than glass and it does not weigh as much as the latter. It also provides a certain degree of temperature insulation and this is beneficial to the aquarium critters.

Using an acrylic aquarium makes it easier to achieve tropical temperature especially in very cold climates, thus maintaining a stable water temperature. As a result, you wouldn’t need a very high wattage heater for your tank, and this helps reduce the cost spent on electricity.

Putting the pros and cons of both aquariums into perspective, acrylic looks like the better option, but some may argue that glass trumps it, and that’s valid too. If you are a perfectionist or use the tank as a display, acrylic aquariums may cause you a lot of headaches because of the scratches.

Regardless, making a choice between an acrylic or glass aquarium ultimately depends on the construction style or design in mind, purpose, and wherewithal.

While many will be comfortable with picking glass aquariums due to their sturdiness and cost implications, others may lean towards acrylic because of its lightweight, transparency, or other desired features that come with the latter.

So whichever aquarium you choose, make sure it is from a reputable manufacturer, and don’t forget to conduct a leak test before use.