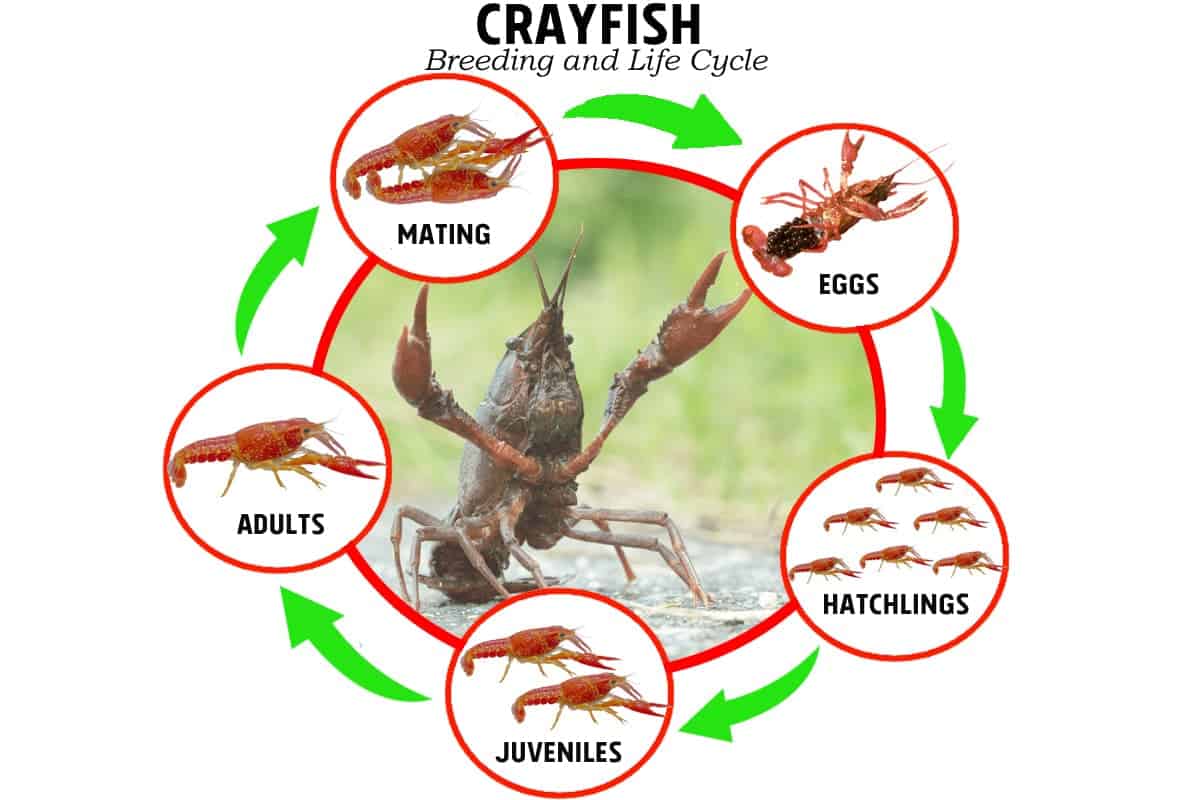 At the present moment, there have been described over 640 species of crayfish in the world. Even though all these species differ in size, habitat, and appearance, their life cycles are similar.

Crayfish go through four distinct life stages. They start as eggs, progress from being hatchlings, into being juvenile, then to being adult crayfish.

Of course, the amount of time spent in each stage is different for most species. In addition, it can be affected by the environment (like temperature) and the availability of food.

Keep reading for everything there is to know about the breeding and life cycle of crayfish. I will go into detail on every aspect of their life. 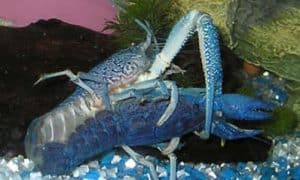 In crayfish, mating is not a simple process as it may seem at the first glance.

When a female is ready to mate, she will allow a male to approach. Male uses its antennule (short whiskers) for gender identification.

Note: When the male approaches the female, she can react aggressively at first. In some cases, it may be difficult to determine if your crayfish are mating, or simply fighting.

After sex recognition, male courts female through a specific sequence of movements. The male crayfish clamps his claws and turns her on the back. Next, he deposits the spermatophore in a protective receptacle in the female.

Mating can last from several minutes to an hour or so.

Interesting fact: According to some studies, females are not always passive. Researchers also registered a pro-active role in females when they were in a high sexual state and males were non-active. On a few occasions, the females even attempted to move underneath the males.

Strength does not play any role in mating. The results of the study showed that, when the females were not ready to mate, males could not flip them over. As a result, they would always escape even when the males were bigger and stronger.

At the same time, the bigger and stronger females will let males “defeat” them and flip over if they are ready.

Interesting fact: There is a unique crayfish species that can breed by self-cloning! They do not need to mate and their population is exclusively composed of females.

You can read more about it in my article “Marbled Crayfish – Detailed Guide: Care, Diet, and Breeding”.

Insemination is external, the male deposits spermatids near the seminal receptacle of the female. Basically, the union of reproductive cells occurs outside the body.

In female crayfish, there are the paired ovaries, in which the eggs are produced.

The matured eggs remain near the margin and the immature eggs occupy the center. Females have oviducts at the base of the second walking legs. It is from here that eggs will be shed.

Interesting fact: In any freshwater crayfish species, males do not display any form of mate guarding neither pre-copulatory nor post-copulatory. It means that females can mate with several males. So, the last one usually has more chances because during mating he can replace/remove the semen of other males. 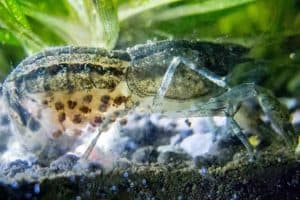 They use pleopods to keep the eggs clean from dirt and well oxygenated.

The quantity of eggs produced by a mature female is proportional to its size. Generally, large females have the highest uniformity of egg size, and the fastest maturation period. Therefore, it provides a greater relative fitness advantage to their babies.

Depending on the species and temperature, crayfish usually carry them for 3 – 8 weeks.

Note: Male crayfish do not exhibit parental care for their offspring in any way. 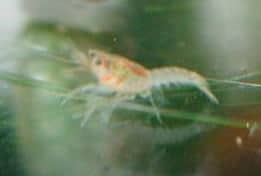 After hatching, young crayfish are tiny copies of the adults.

For some crayfish species, newly hatched baby crayfish are incapable of living separately from their mother. They attach themselves to the pleopodal setae of the mother by specialized hooks on the tips of their pereiopods. They remain with her for up to several weeks.

Interesting fact: Females secrete some form of pheromones which are called maternal pheromones. These pheromones encourage them to protect the young and prevent cannibalism or else they can be eaten by the mother. Once these pheromones wear off, it is to their advantage to be as far away from their mother as possible.

Baby crayfish are very small but will grow quickly. In their world, being small is a huge danger, they can fall prey to almost everything.

At this stage, they need a lot of nutrition and in the absence of food can start cannibalizing fast.

Fortunately, baby crayfish are not picky eaters. They can eat the same food as adults. It just needs to be in smaller proportions. This is an important step in their life.

As they get larger they become juveniles. Depending on the species, the growing stage can last from a few months to several years (in large species). 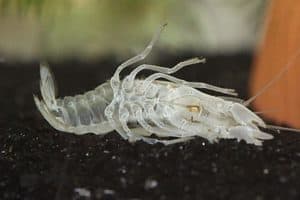 Regardless of the species, all crayfish need to shed their exoskeleton to grow.

The frequency of molt depends on age and temperature. For example, young Cherax destructors can molt every 5 – 7 days, whereas juvenile yabbies usually molt every 3 to 4 weeks.

The inter-molt period, (the period of time between molts) increases as the crayfish gets older.

Interesting fact: When crayfish prepare to molt, their metabolic activities are slowed down significantly. They stop eating and try to hide.

Recently molted crayfish are extremely susceptible to attacks from other animals and crayfish as well. 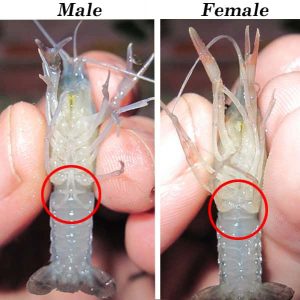 The juvenile stage can be defined as a pre‐reproductive stage. Until then it is not possible to differentiate males from females with the naked eye.

Generally, gender can be determined externally:

All living organisms have their own characteristic life cycle including being born, developing into adults, reproducing, and eventually dying.

The lifecycle of crayfish is typically divided into 4 stages: Eggs, Hatchlings, Juveniles, and Adults.

Crayfish mate. Females carry eggs under the abdomen. Depending on the species and temperature, the incubation period lasts for several weeks. Crayfish do not have the planktonic larval stage. They hatch as tiny copies of the adults. After multiple molts (growing curves), they reach sexual maturity and become adults.

If you keep them as pets, it is important to learn about these stages of your crayfish’s life.

This knowledge will help you understand why your crayfish behaves the way they do at certain stages of their life; it will also guide you on how to care for your crayfish at each stage they enter.