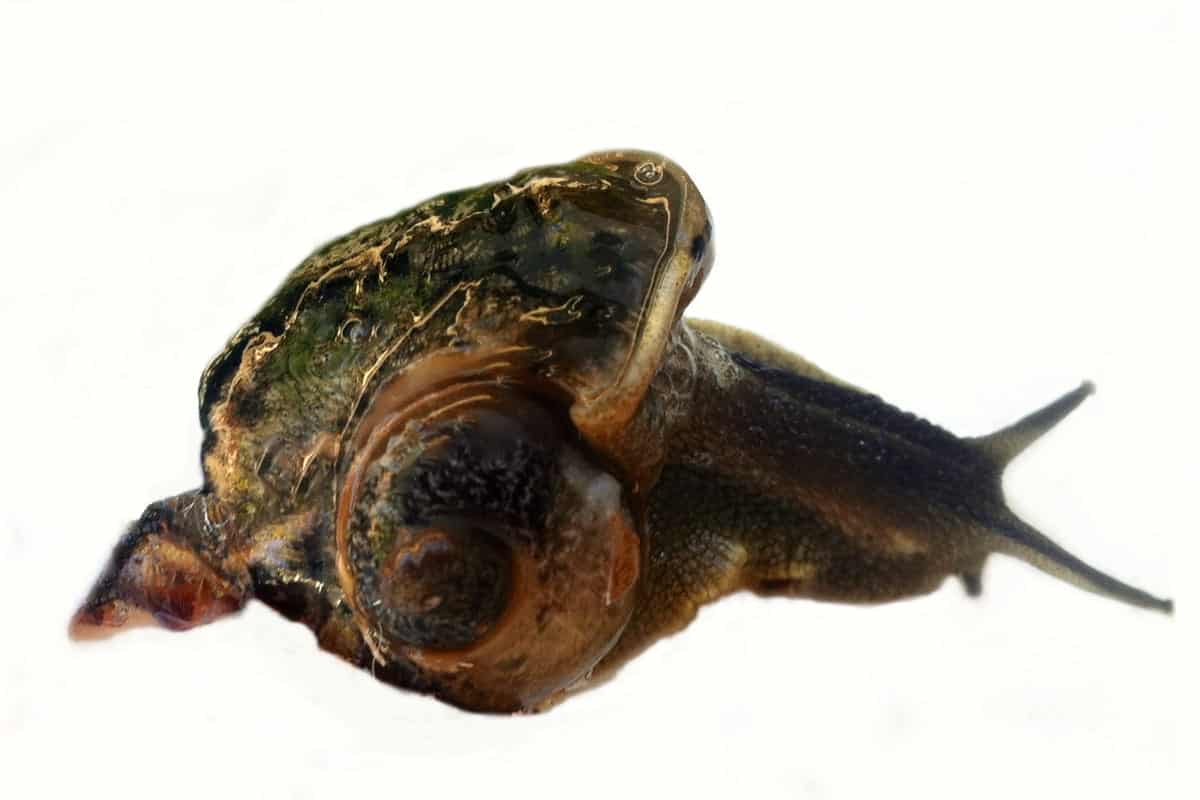 The body of any snail is attached to the shell by muscles. So, if a snail loses its shell, it is a sign that something is seriously wrong with its health.

Snails cannot live without their shell. The shell protects them from physical damage, desiccation,and from predators. Even if the snail does not die because of predation or dehydration, without its shell, it will not be able to properly move anyway.

Are Snail Shell Attached to Its Body?

The short answer is yes. As a matter of fact, snails are born with shells.

Regardless of the snail species, the body of the snail is generally attached to the shell by columellar muscle. This muscle also allows the snail to pull the foot and other parts of the body (such as tentacles, and eyes) into the shell.

It is not possible to remove a snail from its shell without damaging its body. Any attempt to pull out the snail will result in tearing the snail’s muscles apart and, eventually, death.

Functions of the Shell

Protection. The body of any snail is composed of three regions the visceral hump, the head, and the foot. Snail shells were originally developed to protect the snails’ internal organs, which are located in a visceral hump.

Note: The first turn of the shell spiral usually contains the mantle cavity, the kidney, and the heart. The rest of the coiled visceral hump contains the lungs (gills), digestive gland, stomach, intestines, reproductive system, etc.

Moisture and Heat Regulator. The shell allows the snail to regulate its body temperature and moisture levels. It prevents desiccation for land snails.

Movement balance. The typical snail shell is a cone, which is coiled around a central axis as a spiral geometrically. The simple reason for this coiled shell is that an uncoiled shell would be impossible to carry its massive body (that was under the shell) because of its high center of gravity.

Mating selection. There is a hypothesis that mating snails can also sense each other’s shell ornamentation by the receptors in the foot tissue.

Note: In addition, without a shell holding the shape the mantel collapses. As a result, the snail cannot breathe properly because the upper surface of the mantle cavity serves a respiratory function.

In snails, the shell is its outer ‘skeleton’. The shell usually consists of three layers:

The remainder is organic matrixes which constitute a protein known as conchiolin that usually makes up to 5% of the shell.
Long stripes of aragonite (and/or calcite) are laid down in groups. It makes the shell hard.

As I have already said, snails are born with shells. However, when baby snails hatch from eggs or live born (yes, some snail species are viviparous), their shell is usually almost transparent, soft, and has only one whorl.

Note: The shell of a baby snail is often referred to as a protoconch.

Newly-hatched snails require a lot of calcium to grow and harden their shell. In science, this process is called biomineralization.

Through a specialized mantle tissue (shell gland), the shell is secreted along the outer lip of the aperture, first and then by secretion of inner thickening layers.

There are two layers (horizontal and vertical) of calcium in the snail shell. Such construction stabilizes the snail’s shell and makes it hard to break.

As the snail grows, the shell also increases in size by growing around the first whorl. This process repeats several times until the snail reaches its adult size and stops growing.

Unlike hermit crabs, snails do not and cannot change their shell. The shell stays with the snail for its entire life.

My Snail Has Completely ‘Left’ Its Shell

Now, when you know that the shell of a snail is part of its body, the situation where the snail loses its shell clearly shows that the general condition of the snail is very bad.

There are various reasons why it can happen, these are the most popular ones:

Unfortunately, snails neither can completely regrow the shell nor reattach to shell. Once the snail is out of its shell, it is doomed. It is not worth trying to save it. It still will not live long. 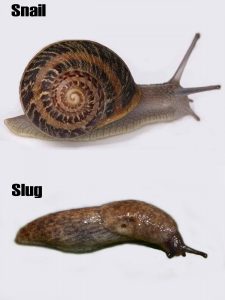 Sometimes people confuse snails and slugs. Both animals belong to the phylum mollusks and to the class gastropods. However, they are completely different animals.

That is why by taking a snail out of its shell, you will not turn it into a slug! You will kill it.

Unlike snails, slugs are totally soft-bodied and do not have external shells. Slugs cannot and will not use shells, even when given the opportunity.

Can a snail regrow its shell?

No, they cannot grow back or reattach to the shell.

Can you remove a snail from its shell without killing it?

No, it is not possible to safely remove a snail from its shell. First of all, the snail will get injured. Second, without its shell, the snail does not have any chance of survival.

How long can a snail live without its shell?

Depending on the environment (such as humidity, temperature, etc.), snails may survive a few days even without a shell.

Do snails feel pain when crushed?

No, if it immediately shuts down their nervous system. In all other cases, it may even prolong their suffering for a short time.

Does it hurt when a snail’s shell breaks?

It depends on the place where the shell broke.

Snails will not feel pain if their shell is broken at the edges (there are no nerves). However, if the shell is broken where muscles attach to the shell, then it will hurt because its muscles may be injured.

Are snails born with shells?

Snails cannot survive without their shell. They cannot get out of their shell either. This is anatomically not possible.

Their shell is produced by the accretion of new shell matter at the margin of the shell, and this initial shell growth can be referred to as shell construction. The shell is attached to the snail’s body and stays with the snail for its entire life.

2 thoughts on “Can Snails Live Without Their Shell?”