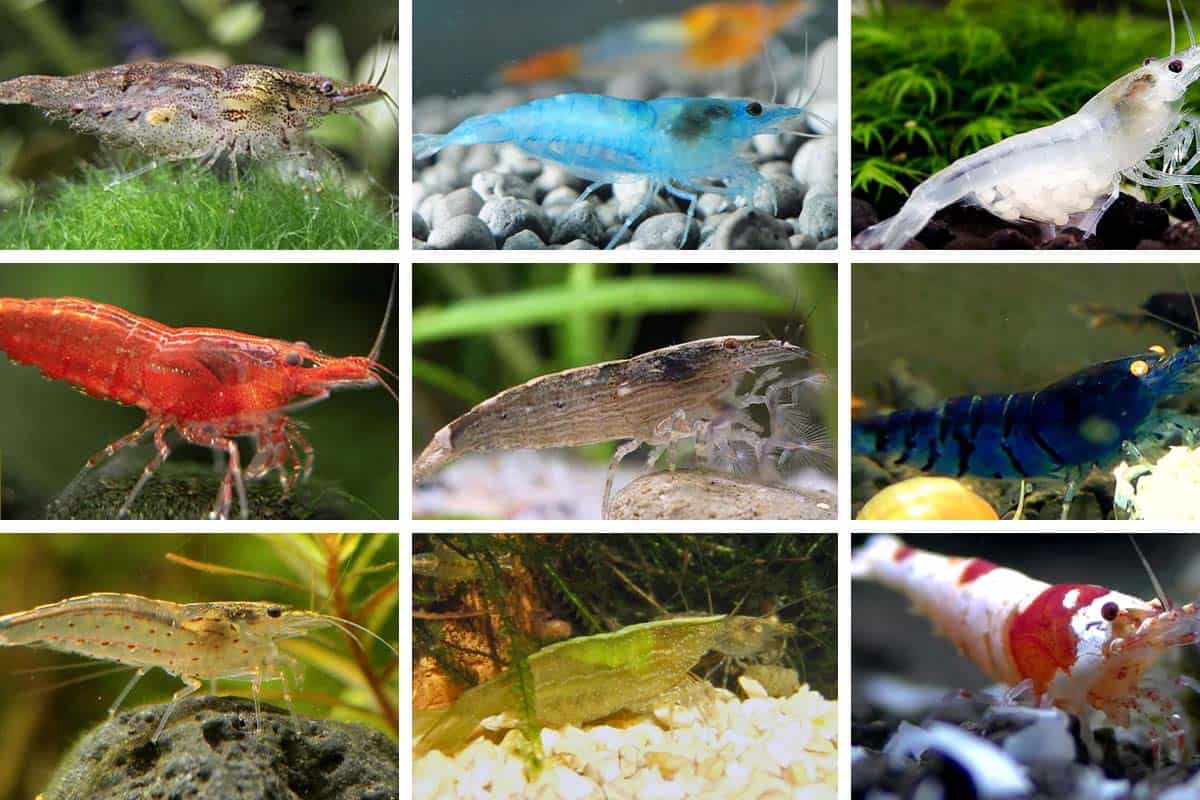 Freshwater shrimp are becoming an extremely popular choice even for beginners. These little invertebrates make a colorful and interesting addition to many home tanks. However, any temptation to keep and mix different color shrimp should be treated with utmost caution.

So, what is the main problem?

Mixing different color shrimp will definitely change a beautiful color to a wild-type color. Basically, your shrimp will lose their color. Unfortunately, this is one of the main problems shrimp keepers have to deal with.

Therefore, it is highly recommended to stick to a specific species (and specific color) that you want to keep and breed.

What is wild-type shrimp? 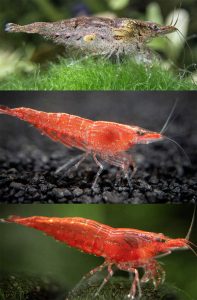 Do you know that in nature most shrimp species do not have bright and beautiful colors? Do you know why?

The answer is pretty simple, actually.

Bright colors are not effective when you have to hide most of the time. Any shrimp with vivid colors will shine like a beacon for any predator. It can be especially dangerous during molting when they are weak and slow.

Evolution is all about passing on the genome to the next generation. Shrimp that can hide from predators the most effectively will live the longest and have better chances to breed.

Therefore, because shrimp are at the bottom of the food chain, they developed inconspicuous colors. It helps them to avoid any unwanted attention by imitating the surroundings.

Generally, wild-type shrimp are semi-transparent to brown or greenish-brown. They do not have any particular pattern.

Actually, wild-type shrimp can be pretty attractive in their own way.

As I have already said, mixing different color shrimp is not a good idea. Even though the results will not show up immediately, they will definitely come.

At first or in a few generations, you will get some dodgy, unstable, and weird colors. After that, your shrimp start ‘losing’ their color and revert to their wild color.

What Will Happen When I Mix Different Color Shrimp? 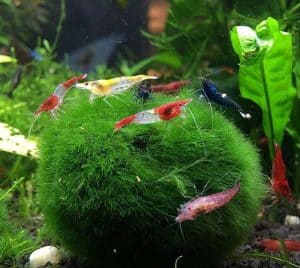 According to the fundamental laws of inheritance, the next shrimp generation inherits one genetic allele from each parent. Different gene combinations result in different dominant/recessive ratios in offspring.

In simple words, wild-type color is Dominant (the stronger) and all other colors are Recessive (weaker).

That is why Dominant color will always be more prominent in shrimp.

Note: For example, if we look at Crystal Red shrimp and Crystal Black shrimp, we will see that black color is dominant and the red color is Recessive.

Can I Change Wild-type Color into the Normal One?

Yes, it is possible… It also one of the reasons that make dwarf shrimp exceptional pets.

However, I have to say it right from the beginning, it will also require a lot of dedicated work!

To do that you will have to start culling shrimp (or do selective breeding). Culling is the process of removing or segregating shrimp from a breeding stock based on a specific trait.

When we are talking about genes, nobody can guarantee you how much time it may take. Even though most dwarf shrimp species reproduce quickly, you have to be prepared for months or even years of hard work.

That is why an absolute majority of hobbyists should never mix different color shrimp. Unless they are doing it as a personal challenge to prove their skill sets, or out of curiosity.

Can you keep different types of shrimp together?

Shrimp taxonomy is not fully understood. Every now and then, we see some changes in classification. It also adds some problems for our hobby.

You can keep some species together, for example:

These species will not interbreed or crossbreed with other Caridina species. However, be very careful, with other species and do your research beforehand.

Basically, the same can be said about Neocaridina species. In many cases, they can be just a color variation of the same species.

For example, the most popular Neocaridina shrimp (Red cherry shrimp) has lots of pattern and color morphs:

All these species belong to the Neocaridina genus and can crossbreed.

Another problem is that sometimes it can be really hard to see “The Difference between Neocaridina and Caridina Shrimp”.

Which shrimp will not interbreed?

Neocaridina, Caridina, Palaemonetes, and Atyopsys species do not crossbreed on genus level. Therefore, they can be safely housed together. For example, Red cherry shrimp (Neocaridina davidi), Crystal red shrimp (Caridina cantonensis), Ghost shrimp (Palaemonetes paludosus), and Bamboo shrimp (Atyopsis moluccensis) have different genus, so they will not crossbreed.

What shrimp can breed together?

Generally speaking, many different shrimp species within the same genus are able to interbreed and produce healthy and fertile offspring. They are often known as intra-specific hybrids, crosses, or Mischling shrimp.

What is a Mischling shrimp?

Mischling is a German word for “crossbreed” shrimp. It is an intra-specific hybrid between Crystal shrimp and Taiwan Bee shrimp. These hybrids are hardier and cheaper than their parents. In addition, they have a high chance of producing good quality Taiwan Bee shrimp.

Can you mix blue and red shrimp?

Are there shrimp species within the same genus that do not crossbreed?

4 thoughts on “Crossbreeding: Can You Mix Different Color Shrimp?”