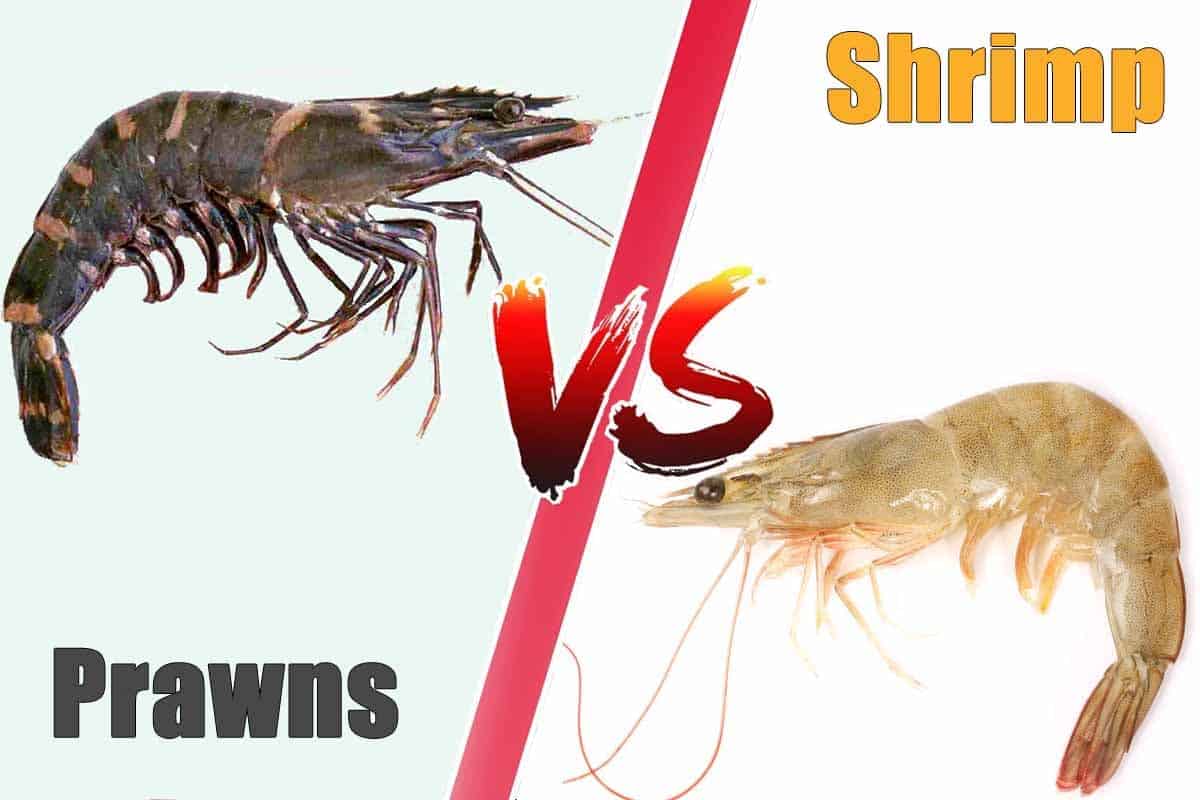 When it comes to both the pet and food industries, there is an intense debate on whether prawns and shrimp are the same creatures or whether they’re their own distinct species.

Scientifically, though, there’s no question about it – prawns and shrimp are very different beings. Even though there are several differences, the main one is their anatomy.

Today, I’m going to discuss exactly what makes them unique pets when compared to one another.

So, what is the difference between prawns and shrimp? Let’s find out!

Key Differences Between Prawns and Shrimp

Both prawns and shrimp fall under the term “decapod”, which means that they have 10 legs. However, the two species fall under different subcategories or suborders.

Shrimp are classified as belonging to the pleocymatasubcateogry – this category includes crayfish, lobsters, and crabs – while prawns fall into the dendrobranchiata suborder.

Despite looking quite similar, prawns and shrimp have very different anatomy, which further argues the point that they are not the same.

Body shape. The thorax of shrimp overlaps their head and abdomen, while that of prawns overlaps only on the bottom portion of each body segment. Since prawns overlap in fewer places, their bodies are more straight and, to the naked eye, appear to have fewer segments – overlapping or otherwise.

Because of the way the segments overlap, shrimp have a much more versatile range of motion and are much more flexible than prawns.

For example, shrimp can bend into sharp, severe angles and difficult positions, much like a human dancer can. Prawns can only bend in certain ways and cannot bend to the same extent that shrimp can.

Legs. In addition, the two subspecies have legs that are slightly different. Prawns have three pairs of claw-like legs, while shrimp only have one. Prawns have longer legs, as well.

Gill structure. In shrimp, the gills have a thin-plated structure, basically, they consist of flat, layered arrangements. Whereas in prawns the gill structure is branching.

In shrimp, males leave sperm at the genital opening of female shrimp using their appendix masculine. Therefore, eggs are fertilized as they pass from the ovaries to the outside of the body (under her tail).

Prawns have internal fertilization of eggs.

Shrimp carry their fertilized eggs in their body – more specifically, in the underside or “belly” portion of their body.

Prawns often do not carry their eggs as shrimp do; instead, they release them into the water and leave them to grow unattended.

When it comes to size, prawns tend to be larger than shrimp. Of course, depending on the species, this idea might not be accurate.

Interesting fact: Currently, there are more than 3000 Caridean species (True shrimp). One of the small ones are Opae Ula Shrimp (Halocaridina rubra). These small shrimp are rarely longer than 0.6 inches (~ 1.5 cm) in length, whereas Macrobrachium rosenbergii shrimp  can grow up to 12 inches (over 30 cm).

Nonetheless, in most cases, though, it’s a very valid differentiating point between the two crustaceans.

There is an opinion that habitat (water preference) is another criteria that can be used to differentiate prawns and shrimp.

Personally, I do not think that this criterion has a really strong point.

Shrimp and prawns can both be found in fresh or saltwater all over the world. That is why the difference between them is a little bit slim.

It is said that most species of shrimp are saltwater, with only around 20% of all known species residing in freshwater.

Prawns, unlike shrimp, are found mostly in freshwater although, as we said, they can be found in both types of water.

I have done my best to find any additional data on this matter. Unfortunately, nobody really knows how many shrimp and prawn species live in fresh or saltwater.

People often don’t know or simply confuse the terms “shrimp” and “prawn”. Generally, they say one or the other based on dialect. In some parts of the world, they even use these terms interchangeably.

However, as you can see, shrimp and prawns really are very different. From fewer body segments and varying leg lengths to where they live and how they reproduce, there are a whole handful of things that set them apart from one another.