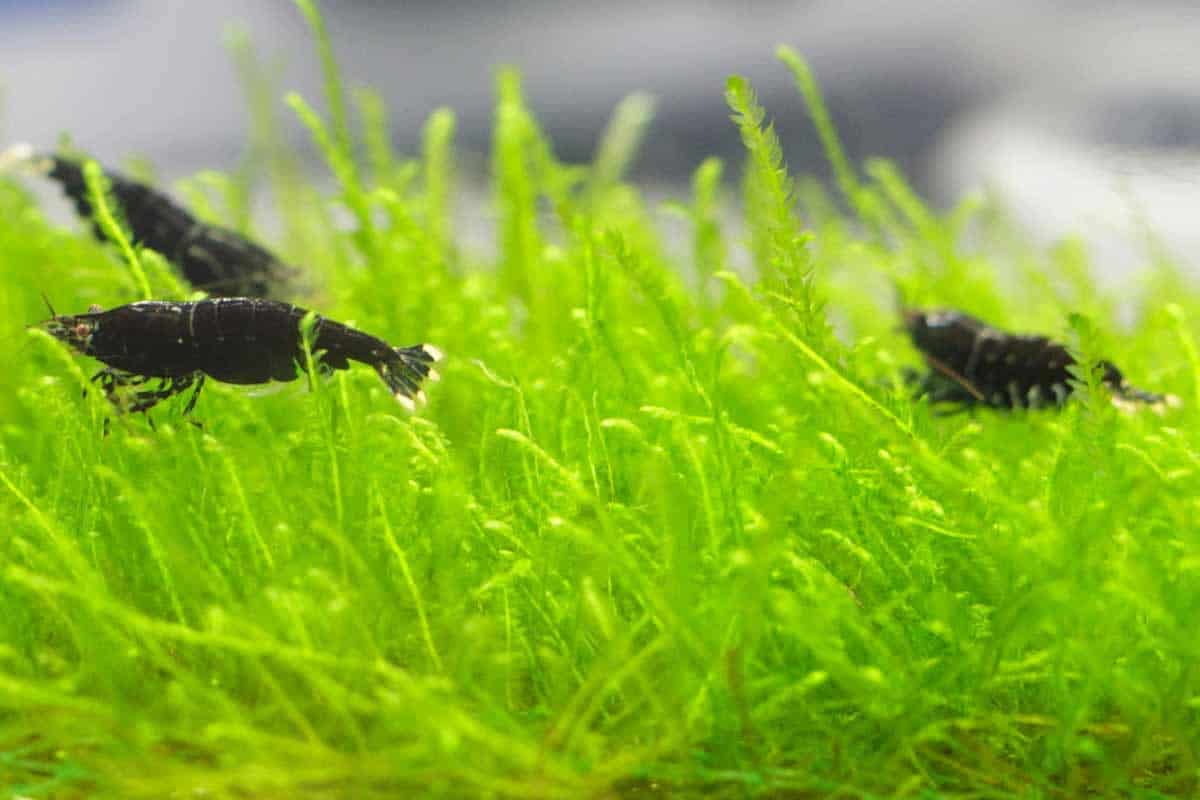 Over the past few years, I have written many articles about dwarf shrimp (Neocaridina and Caridina sp.) and what affects their breeding. In those articles, I spoke about their live cycle, temperature, ideal ratio, frequent mating effects, etc.

Although I want to go into detail on every aspect of their life, I also understand that not all readers can spend so much time reading all of them.

Therefore, in this article, I have combined some of the most interesting and useful information about dwarf shrimp and breeding facts with some new info as well.

So, keep reading to know more, this article will answer most of your questions.

The life cycle starts with the parents’ mating. This is a very brief (just a few seconds) and potentially dangerous process for the females.

The point is that shrimp females need to molt (shed their old exoskeleton) before spawning, it makes their cuticles soft and flexible, which makes fertilization possible. Otherwise, they won’t be able to transfer the eggs from the ovary to the abdomen.

Once the eggs are fertilized, dwarf shrimp females will carry them for about 25 – 35 days. During this period, they use their pleopods (swimmerets) to keep the eggs clean from dirt and well-oxygenated until they hatch.

Note: Male shrimp do not exhibit parental care for their offspring in any way.

All eggs hatch within a few hours or even minutes.

After hatching, young baby shrimp (shrimplets) are around 2 mm (0.08 inches) long. Basically, they are tiny copies of the adults.

In the shrimp world, being small is a huge danger, they can fall prey to almost everything. Therefore, hatchlings do not move around the aquarium as adults do and prefer to hide.

Unfortunately, this type of behavior deprives them of access to food because they rarely go into the open. But even if they try, there is a very high chance that baby shrimp will be pushed aside by adults and might not get to the food at all.

Baby shrimp are very small but will grow quickly. This is an important step for helping them to grow bigger and to get stronger.

That is why we need to use some form of powder food for them. It will increase their survival rate and in a few weeks, they will be big and strong enough to feed wherever they want.

As the baby shrimp get larger they become juveniles. They are about 2/3 of the adult size. During this stage, it is still not possible to differentiate the sex with the naked eye.

The growing stage lasts around 60 days.

The juvenile stage ends when the reproduction system starts developing. Generally, it takes around 15 days.

Although it is not possible to see the changes in males, in females we can see the presence of orange-colored ovary (a so-called “Saddle”) at the cephalothorax region.

This is the last stage when the juvenile shrimp turns into an adult.

They become mature at 75-80 days and within 1 – 3 days, they will be ready to mate. The life cycle will begin all over again.

In shrimp, fecundity refers to the number of eggs being readied for the next spawning by a female.

According to the study, reproductive traits of female Neocaridina davidi positively correlate to their body size, number of eggs, and number of juveniles.

Larger females have higher fecundity than smaller ones. In addition, large females have the highest uniformity of egg size, and the fastest maturation period. Thus, it provides a greater relative fitness advantage to their babies.

This shows that fecundity is directly proportional to the body size of the shrimp. There are 2 reasons why it works this way:

In shrimp, growth and maturation are closely linked to temperature. According to multiple studies, temperature affects:

It is quite interesting that temperature also plays an important role in the formation of gametes sex of the shrimp. It means that the sex ratio changes depending on the temperature.

As we can see high temperatures produce male-biased sex ratios.

Temperature also has a huge effect on how many eggs female shrimp can carry and the hatching period. Generally, females produce more eggs at higher temperatures. At 26°C (79ºF) the researchers registered a maximum of 55 eggs.

The incubation period also depends on the temperature. High temperature accelerates it while low temperature slows it down significantly.

For example, the average duration of the incubation period increased with decreasing water temperature in the tank:

The percentage of ovigerous shrimp females was also different in all temperature variations:

Generally, the life history of any species is the pattern of survival, growth, and reproduction. All living things need the energy to reach these goals. At the same time, we have to understand that each organism does not have infinite resources to divide among these activities.

Dwarf shrimp are not different.

There is a huge tradeoff between the number of eggs produced and the amount of energy (both physical resources and female care) put into caring for them.

The results of the experiments proved that even though multiple mating leaves a big impact on the health of the females, it does not affect their babies.

Female mortality increased throughout those experiments. It reached 37% toward the end of the experiments. Despite the fact that females spent a lot of energy to their own detriment, females who mated often had a reproductive efficiency similar to those who mated only a few times.

As I have already mentioned in my other articles, shrimp density can also be a factor. Although it does not affect shrimp breeding directly, we need to keep it in mind to be more successful.

Results of the experiments showed that:

As a result of fast growth, females can become mature a little bit earlier. In addition, because of their bigger size, they can carry more eggs and produce more baby shrimp.

How to initiate breeding dwarf shrimp?

Sometimes people ask what should they do to initiate shrimp breeding? Are there any special tricks that can make them breed?

In general, dwarf shrimp are not seasonal breeders. However, there are some seasonal effects on several aspects of dwarf shrimp reproduction.

In the tropical zone, the temperature decreases during the rainy season. It happens because the rain is falling from a cooler layer of air above.

As we already know, low temperatures produce more females. The rainy season also means that there will be more food. These are all signs for most creatures living in the water to breed.

Generally, we can replicate what nature does in our aquariums when doing a water change. So, if the water going into the aquarium is a little bit cooler (a few degrees), it often can cause a bout of breeding.