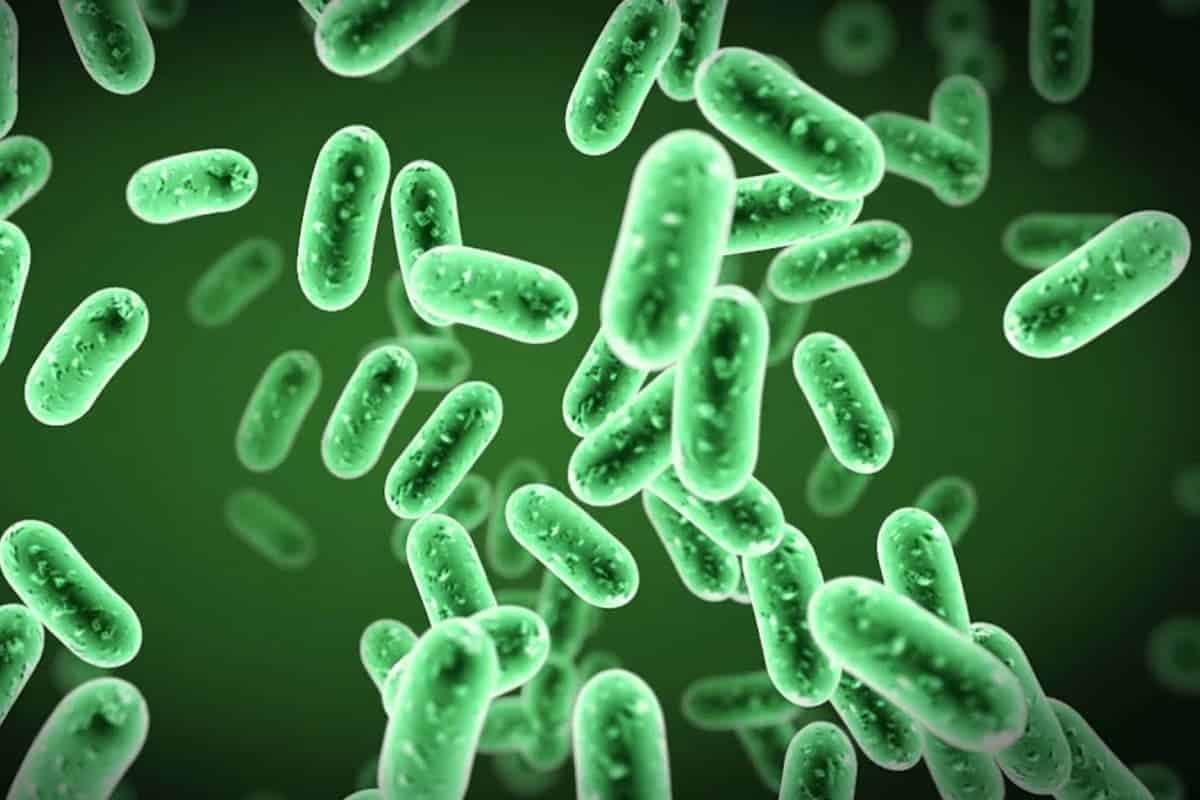 The nitrogen cycle (biological cycle or nitrification process) is the most important process in the aquarium. When we are talking about it we refer to the establishment of beneficial bacterial colonies (nitrifying bacteria) which convert ammonia (NH3) to nitrite (N02-) to nitrate (NO3-). Basically, this is nature’s way of recycling nutrients.

That is why it is important to know and understand how beneficial bacteria work in aquariums. It can help us to avoid or anticipate issues and have a plan in place.

Without further ado, let’s get into it.

1. Species of Beneficial Bacteria in the Tanks

If you think that there is only one species of beneficial bacteria – you are wrong. Actually, there are a lot of species of bacteria that will feed on nitrogen compounds.

Nonetheless, I don’t want to be too technical here and can simplify things by saying that all of them can be divided into two main categories:

These types are the main ones. Therefore, I will mostly talk about them in this article. The absolute majority of our tanks depend on these beneficial bacteria:

Beneficial bacteria take the oxygen and oxidize the ammonia/nitrite to create energy and they use the carbon dioxide to build their structure with carbohydrates and proteins.

1.2. Bacteria that do not need oxygen

First of all, why do I call anaerobic bacteria – beneficial bacteria? Because they can also play a huge role in the nitrogen cycle and in reducing aquarium maintenance.

Of course, there are also many types of anaerobic bacteria but all we need to know is that some species (Heterotrophic sp.) can synthesize their own food by using organic materials.

It means that instead of oxygen, they can use nitrates! Basically, these bacteria can convert nitrate into nitrogen gas even without oxygen.

Note: Beneficial bacteria must use inorganic salts as an energy source and generally cannot utilize organic materials. These types of bacteria are obligate aerobes. They cannot multiply or convert ammonia or nitrites in the absence of oxygen.

Where do we get anaerobic bacteria?

You can read more about it in my article “No Water Change Tank?! Top Offs vs Water Change”.

2. Where Do Beneficial Bacteria Live in Aquariums?

There are two popular misconceptions regarding beneficial bacteria:

Beneficial bacteria are not free-floating organisms. It attaches itself to any surfaces throughout the aquarium.

It is on the décor, live or fake plants, driftwood, rocks, tubes, heaters, glass, substrate, and, of course, in the filter of your tank.

Even though, it is true that the majority of the good bacteria are living in our filtration system – every other surface we may have within our aquarium targets for bacterial growth.

Note: The main reason why beneficial bacteria mostly reside in the filter media (up to 70-80%) is a water flow. They need it to get easier access to oxygen and food.

That is why it would be wrong to believe that beneficial bacteria live only in the filter media. It is really important to understand if you decide to change something in your tank setup.

For example, changing the substrate in the tank can be detrimental to the nitrogen cycle because there may not be enough bacteria left to take up the extra load of ammonia. As a result, we may get ammonia spikes.

3. How Fast Do Beneficial Bacteria Grow?

Beneficial bacteria reproduce by splitting in two, in science, they call it binary division.

Depending on the water conditions in the tank, they can double every 7-20 hours. Actually, it is not fast considering that anaerobic (heterotrophic) bacteria can split in 20 minutes.

However, nothing comes without a price.

Does pH affect beneficial bacteria? Yes, it does.

For example, according to the study,

I am sure that some of the readers will object by saying that they know examples, where pH was less than 6.0 and everything, was great.

It can true because many bacteria responsible for the nitrogen cycle in any given place at any given time.

It means that some types of nitrifying bacteria (called Archaea or Archaebacteria) can thrive at very low pH. The only downside though is that Archaea multiply extremely slowly! They need up to 10 days to double their population!

Of course, with time … a lot of time…there will be enough of this type of bacteria to have the balance. However, this is not the option for us. Nobody wants their tank to cycle forever.

These bacteria are also susceptible to temperature. According to multiple studies:

Based on these results, it would be better practice to cycle our tanks within the optimal range. Otherwise, we can expect cycling to take more time in colder temperatures.

At the same time, in cold water systems, we should be extra careful regarding the accumulation of nitrites.

Note: As I have said in the beginning, there are many types of bacteria in our tanks. Each type reacts differently, for example, Nitrosomonas species are more tolerant of low temperatures than Nitrobacter.

Obviously, aerobic bacteria need the presence of oxygen to live. The dissolved oxygen concentration has an effect on the growth rate of nitrifying micro-organisms.

The question is how much?

Note: Nitrifiers require at least 4.5 milligrams (or 4.5 ppm) of dissolved oxygen for every milligram of nitrogen transformed.

Note: As with temperature, Nitrosomonas species are more tolerant of low oxygen concentrations than Nitrobacter.

The dissolved oxygen content of aquarium water can be measured using an oxygen test kit (check the price on Amazon) or an oxygen meter (way too expensive!).

6.1 How long can nitrifying bacteria live without oxygen?

Imagine the situation where the power goes off in the tank. How long or can the beneficial bacteria survive at all in the filter once the water stops circulating?

Well, don’t worry; most filters will be absolutely fine for several hours. For example, after a power outage, my canister filter was off for 12 hours and I did not have any water quality issues.

Note: Even when the aerobic bacteria are exposed to air, they will not die at once. Depending on the temperature and humidity, the problem starts within 10 – 30 minutes if there is no oxygenated water passing over it. Therefore, keeping the filter media wet will be enough for bacteria survival.

6.2 What happens with nitrifying bacteria without oxygen? What do they eat?

The short answer is that without oxygen nitrifying bacteria go into a state of hibernation, slowing their metabolism significantly. They can stay in this state up to a few months!

As for the food, while in the state of hibernation, they live off of their own nutritional reserves and they can do it for months.

Every new aquarium has to go through the process of cycling to find balance. There is no way around it.

The cycling process usually takes anywhere from 4 to 8 weeks. During this period beneficial bacteria multiply to the point that they can absorb the harmful ammonia and nitrites as quickly as they produced.

So, is there any real difference between cycling the aquarium naturally and utilizing true nitrifying bacteria from a bottle (so-called rapid cycle)?

Personally, I do not think so.

It is absolutely irrelevant where the bacteria grew and multiplied. It is also no more natural than the other.

After all, biological filtration is only about bacteria numbers, not time!

The rapid cycle is extremely important when we need to install the quarantine tank really fast. In relation to 4-8 weeks, a few days can be considered ‘instant’.”

8. What can Kill Nitrifying Bacteria?

As it’s been mentioned earlier, extremely high and low temperatures (32 F (0 C) or 120 F (49 C), and inadequate oxygen concentration, chlorine, and chloramine can kill off the nitrifying bacteria that keep your tank stable and healthy.

Note: I could not find scientific studies that can help us to know what concentration of chlorine and chloramine affects beneficial bacteria. Put of experience, it will require some time (hours) to do any damage.

Some aquarists believe that ammonia levels higher than 6-7 ppm will crash the cycling process or have a negative effect on the beneficial bacteria.

Well, this is not completely true.

According to the study, ammonia (NH3) and ammonium (NH4) at pH 8.5 and a total concentration of 60 mg/l (or 60ppm!) did not have any inhibitory effect on the rate of nitrification.

This is an indication that the activity of nitrifying bacteria is not affected by concentrations of ammonia.

I have seen many times people saying that bacteria need to eat every day or the bacteria will starve.

Do not believe this as well. This is another myth.

Beneficial bacteria do not need to eat every day to survive. Unlike humans, they can easily live for several months to many years without food.

According to the study, Nitrosomonas europaea cells starved for weeks, months, or even almost a year of ammonium were able to regain their ammonia‐oxidizing activity within minutes.

9. How often to add Bacteria to Aquariums

When the nitrification process is natural (long cycle), we don’t even have to add bacteria to the aquarium.

If we decide to boost the process by using bottled nitrifying bacteria to kick-start the cycle, in this case, one time will be enough.

The more important thing here is to balance the amount of ammonia and the existing nitrifying bacteria. For example,

So, now you might wonder, hold on, but what about the study where even high concentration of ammonia did not have inhibitory effect on the rate of nitrification?

There is no contradiction.

Even though the nitrification process will continue anyway, it will simply take way more time for bacteria to convert ammonia to nitrites. There should be enough bacteria to do this work and it takes time to multiply.

Mini-cycle is the result of an insufficient amount of beneficial bacteria compared to the existing bioload in the aquarium.

We can get mini-cycle in newly set-up aquariums (by adding too many fish at once) or when we remove some part of nitrifying bacterial colonies from the tank (for example, by changing substrate, over cleaning our filtration, etc.).

In any case, mini-cycles will last until there will be enough beneficial bacteria to process the existing bioload in the aquarium. Depending on the situation, it can be anywhere from a few days to a few weeks.

Note: For fish tanks, it is recommended to start with 10 to 20 % of your final fish load. In shrimp keeping it is usually not a problem because shrimp do not produce a lot of waste.

Beneficial bacteria play a crucial role in the nitrification process. That is why understanding the limits of beneficial bacteria and providing the right conditions for them is the number one priority for any hobbyist.

6 thoughts on “Everything about Beneficial Bacteria in Aquariums”