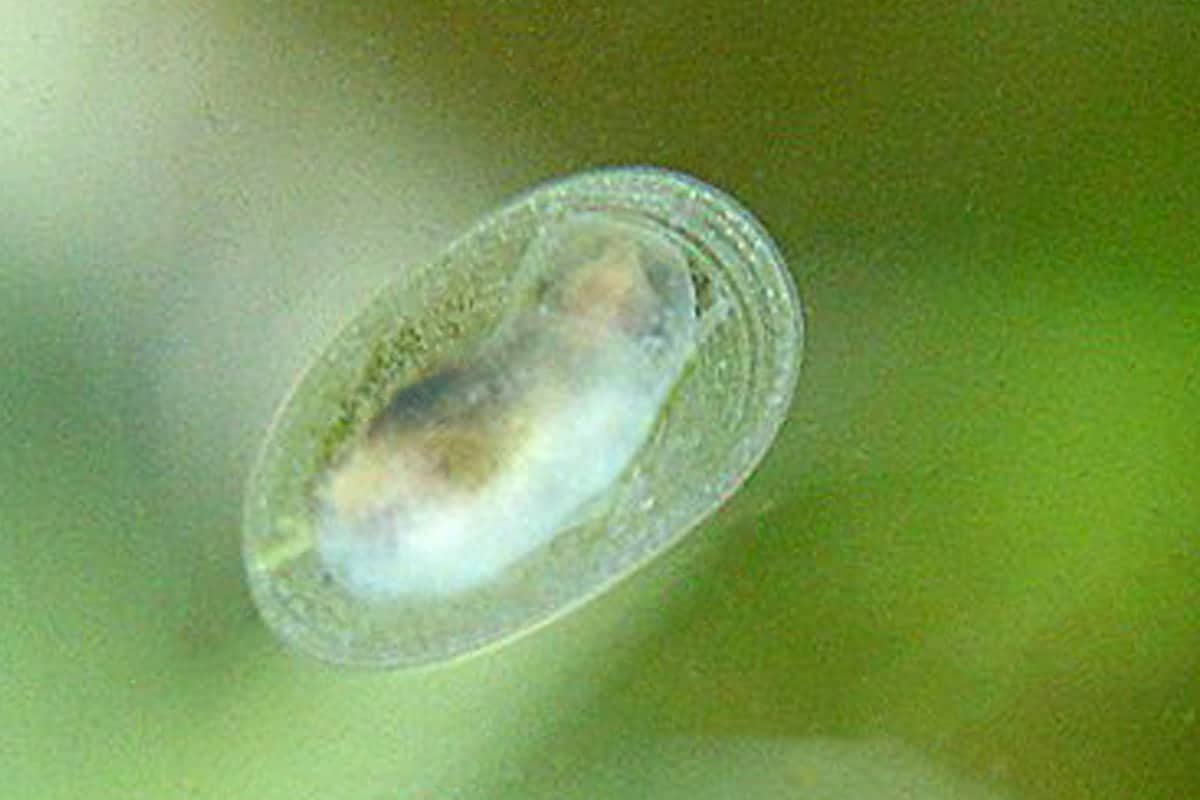 Freshwater limpets (genus Acroluxus) are common visitors in our tanks. Some people absolutely hate these tiny critters with a huge passion while others do not mind having them as additional clean up crew or even live food.

Regrettably, on the internet, the information about freshwater limpets is either fluff or incomplete. Therefore, I feel obliged to add my voice and correct some of the falsehoods as well.

In this article, you will be looking at the profile of freshwater limpets, what they are, and how they get in our tanks, in addition to effective measures geared towards controlling their population.

Although the name ‘Limpet’ is of uncertain origin and might be folk etymology, it is also believed that it has Latin roots from the word ‘Lampreda’.

The Latin word ‘Lampreda’ is a combination of the word ‘Lambere’ meaning “to lick” and the word ‘Petra’ meaning ‘the rock’.

Therefore, Limpet can be translated as ‘Licking the rock’.

What are Freshwater Limpets?

Freshwater limpets are a diverse group of aquatic gastropod mollusks in the family Acroloxidae.

They are widely distributed throughout the World.

These mollusks prefer still or slow-moving freshwaters with rich vegetation.

In terms of evolution, they are pretty young. It is believed that the family Acroloxidae dates back to the Cretaceous period (approximately 70 million years ago).

How to Identify Freshwater Limpets

Freshwater limpets are very small mollusks with oblate and conical shells. They generally do not grow larger than 0.3 inches (8 mm) in length, and 0.15 inches (or 4 mm) in height and width.

These mollusks have the following characteristic features:

How do we Get Freshwater Limpets in our Tanks?

Freshwater limpets are excellent professional hitchhikes. We can literally get them out of nothing and accidentally introduce them into the tank.

We can easily get them from plants, rocks, and driftwood, especially if they were collected from the wild. In some cases, freshwater limpets may come even with new livestock (on other snail shells) or in the water bag from a seller.

Therefore, it is crucial to disinfect or quarantine new arrivals before introducing them into the tank.

Once they are in the tank, it is just a matter of time before they make themselves at home, especially, when some requirements are met.

Freshwater limpets are scavengers and require food to thrive and reproduce.

Thus, overfeeding, excessive algae growth (preferably Green spot algae), and dirt in the tank will create an ideal environment for them.

For example, when organic waste or leftovers fall into the substrate, it can be out of reach for your shrimp and freshwater snails. However, because of their small size, freshwater limpets may get there without many problems.

Freshwater limpets lead a rather secretive life. They are mostly active at night.

If you have found them during the daytime, there will be dozens on the plants and walls of the tank at night time.

Freshwater limpets are protandrous hermaphroditic freshwater mollusks. It means that they change from the male sex to the female during the growth of the same individual. Thus, they cannot reproduce through internal self-fertilization.

After fertilization, freshwater limpet lays only a single egg capsule. Each capsule contains, on average, from 1 to 12 oval eggs.

The interval between mating and oviposition is 3–5 weeks. After hatching, they need 1.5 – 2 months to grow the shell.

According to the study, these mollusks can live up to 2 years. However, European species of the genus Acroluxus have a one-year life cycle.

Are Freshwater Limpets Dangerous to Shrimp, Fish, and Snails?

No, freshwater limpets are absolutely harmless mollusks. They simply are not able to harm fish, shrimp, snails, and other animals in the tank.

On the contrary, in some cases, they will serve as a healthy food source.

Therefore, it is absolutely fine to have a bit of these mollusks in your tank, you should only be bothered when there is overpopulation.

How to Get Rid of Freshwater Limpets

Even though freshwater limpets are a beneficial and natural part of the ecosystem, many aquarists freak out when they see them and prefer to get rid of them ASAP.

I. Improve Your Maintenance Practices

Freshwater limpets thrive when they have a lot of food. Therefore, you should be keen on your tank hygiene/maintenance practices. This should be your number one priority.

Check out your feeding schedule. It is quite possible that you are overfeeding your pets. Thus, you need to cut back on feeding.

If there is any uneaten food, remove it so that the freshwater limpets will not find it.

Feeding your animals less also translates to less waste being produced, which will help in preserving the water quality and indirectly cutting off the food supply to these mollusks so they don’t flourish.

III. Do not overstock

Overstocking your tank with fish and invertebrates will increase the production of excess waste which ruins the water and improves the living condition of freshwater limpets.

Although it is possible to manually remove freshwater limpets from the tank, it should not be your main way to do so.

As practice shows, manual removal is not effective on its own. Even if you manage to clean your tank glasses, they will reappear again very soon because they are nocturnal and can hide everywhere.

Another problem is that when freshwater limpet sticks on the glass it is not easy to move even with a finger!

Note: You can crush freshwater limpets with your finger to feed your shrimp and snails. However, do not crush too many mollusks at once. If you see that your pets cannot eat them all in 1 day – this is overfeeding.

Nonetheless, these (fish, snail, and shrimp) species may eat freshwater limpets from time to time:

I really do NOT recommend using chemicals against freshwater limpets. The point is that many medications are copper-based and can damage the plants and kill your shrimp colony as well.

However, if hatred blinds your eyes, you can use any chemicals that are generally recommended to remove freshwater snails from the tanks.

A list of Medications that Can Kill Freshwater Limpets:

Read my article “How to Remove Snails from a Shrimp Tank” to find out recommended dosages.

Freshwater limpets are not a foe to aquarium setups. Through their daily activities, these mollusks contribute positively to the tank’s cleanliness and that’s commendable.

It is not surprising why many experienced aquarists often accepted these tiny critters as a natural part of the hobby.

The amount of freshwater limpets that will populate the tank is proportional to the food available for them to eat. Without food, they will disappear within months or even weeks.

The only downside of having them is that they can be a nuisance and harm the aesthetics of the tank.