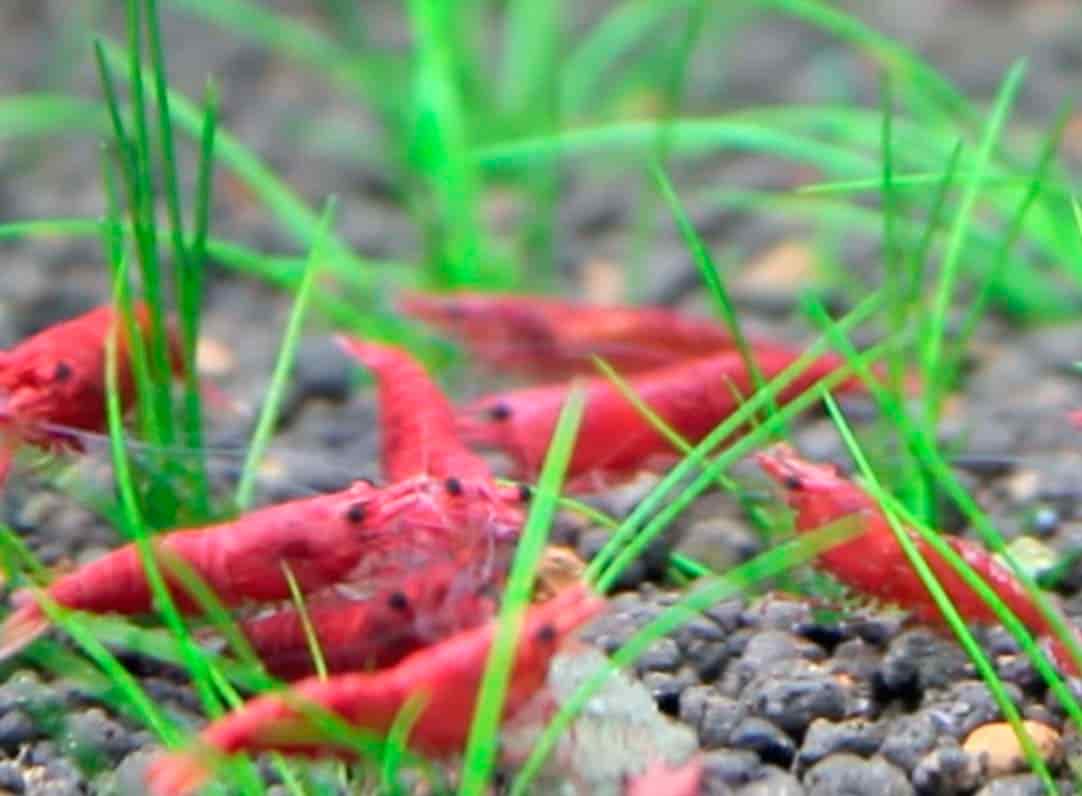 Although, shrimp breeding are relatively new to the global pet industry trade, nonetheless, it has already become very popular around the world. However, the popularity of dwarf shrimp (as algae eaters and for their attractive coloration) may represent an entry pathway for emerging pathogens and other problems such as overstocking. Therefore, we need to know how density can affect the shrimp colony in our aquariums.

According to scientific research, the optimal density is 2.5 (3) shrimp per 1 liter (5-10 per gallon). This ratio will not stress out the shrimp. On the contrary, it will allow shrimp to become larger and healthier. Therefore, it will also increase the number of baby shrimps in the nearby future because larger females produce more shrimplets. This is a win-win situation.

Some shrimp breeders falsely think that it is not possible to overstock Neocaridina davidi because they are known as invasive species from other regions outside of Europe. Well, this is true only to some degree. Cherry shrimp are very hardy and this is one of the reasons why this species is so popular in this hobby. However, according to the last researches, density also has a very big impact on the ornamented shrimp.

The biologists studied the effect of density on growth, sex ratio, survival, and biochemical composition of the Red cherry shrimp in order to determine optimum rearing conditions of this ornamental species. In addition, they wanted to know whether gender separation can affect the growth and survival of the shrimp. These are their results.

Note: Although the study was about Cherry shrimp, there is no reason to believe that we cannot use it for other dwarf shrimp of the same size.

About Experiments on Cherry Shrimp

First of all, there were several experiments about weight, size, survival, and breeding rate of Cherry shrimp. All water parameters and feeding ration were the same for all groups of the shrimp. Each group of Neocaridina shrimp was put in different aquariums.

In addition, all shrimp were separated and evaluated by applying three rearing conditions:

Effect of Density on the Weight of Cherry Shrimp

In order to find out and evaluated the effect of density, biologists separated shrimp into 3 different groups in the way that the ratio would be:

The experiment lasted 90 days. Every 30 days biologists calculated the weight of the shrimp to see the difference. 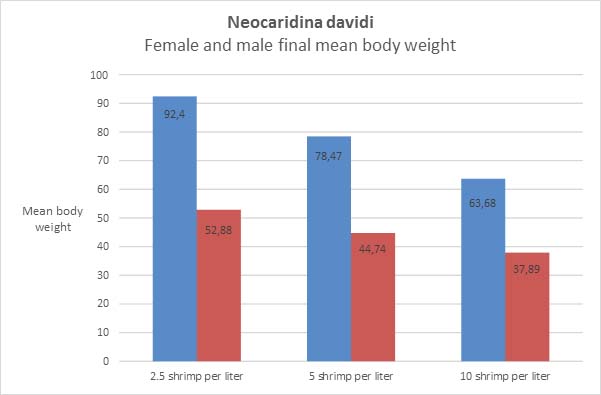 According to the information received, we can see that: 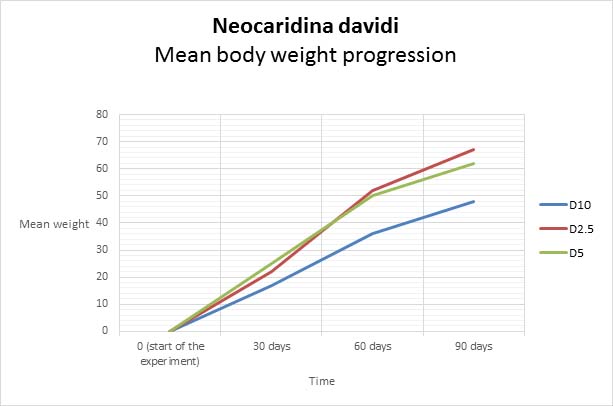 Density in shrimp aquariums did not affect the survival rate. It remained high at all densities:

Gender separation was also unaffected by density because of the “non-aggressive nature” of Neocaridina shrimp.

The morphology of this species provides no evidence of hierarchical structures (between or among genders) or aggressive behavior under rearing conditions, making it more tolerant of living at higher stocking densities.

Although the experiment did not show any direct effect on the breeding rate, the biologists registered that ovigerous females were substantially larger (~8-10%) than non-ovigerous ones regardless of density.

Overall, it has a positive correlation between the number of eggs per spawn per female and body weight in females. As expected, larger females produce a larger number of eggs.

Other interesting facts to know about density in shrimp aquariums

Results of the experiments also showed that:

Regardless of its popularity, basic knowledge of the biology and optimal rearing conditions of Cherry shrimp is lacking. It is particularly important to understand its requirements for culture to succeed.

However, it is obvious, that density plays a very important role in our shrimp aquariums. It is one of the key parameters to take into account to maximize the return of investment during breeding. On the one hand, overcrowding will lead to a decrease in growth rates or an increase prevalence of diseases. On the other hand, low density will indicate that the system has not reached its full potential. Both options are not favorable for shrimp breeders. Therefore, it is important to understand how density affects breeding.

Increasing the stocking density showed a negative effect on the growth rate of Neocaridina shrimp although survival rate and sex ratio remained unaffected. It is therefore recommended that shrimp should be stocked at a density of 3 shrimp per liter to obtain larger females and males.