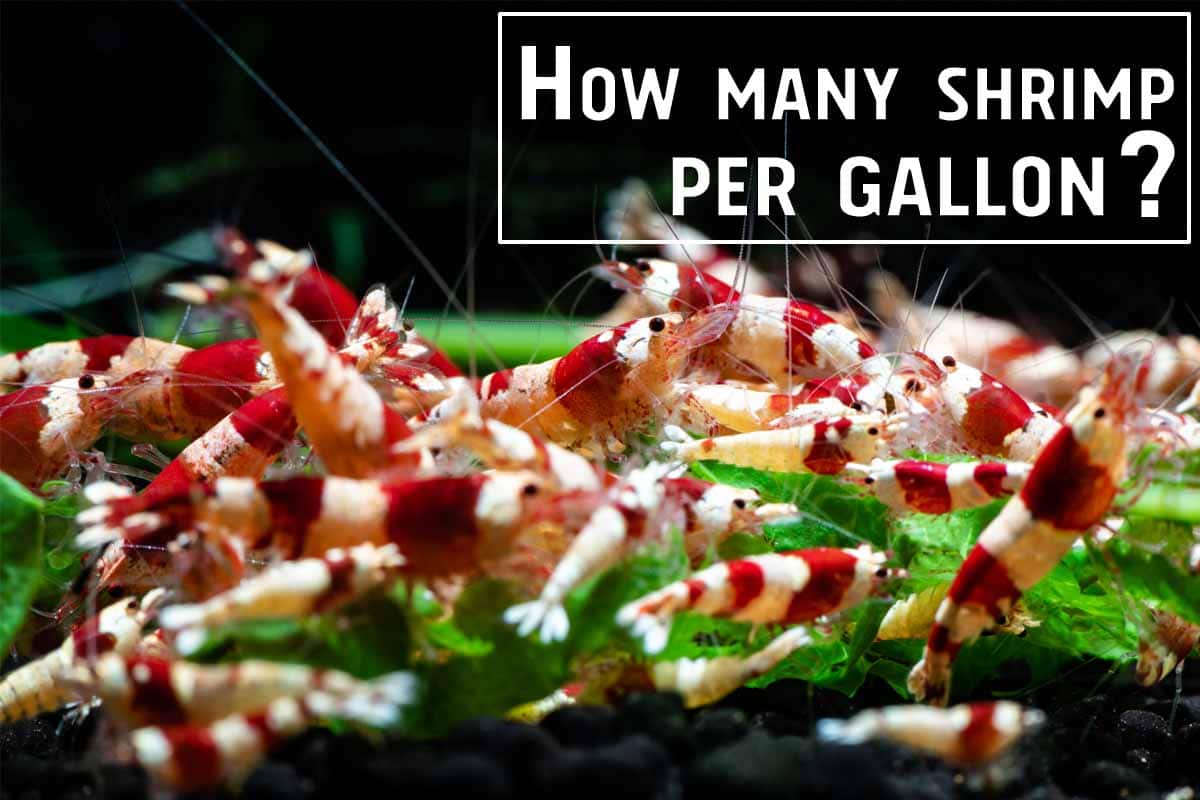 How many shrimp can I have in my tank is, probably, one of the most common questions in the hobby? The question is pretty simple but it also has some factors to consider for calculating safe stocking levels. Instead of using a rule of thumb method, I will be talking about the scientific approach!

According to the study, keeping about 5 – 10 dwarf shrimp per gallon (around 4 liters) is considered to be the optimal shrimp density, with respect to growth performance. The results of the experiments showed that the increase in shrimp density reduced the final weight and size of the shrimp.

If you got curious and want to know more about shrimp density, this article will answer all of your questions in detail.

As I have already said lots of aquarists want to know how many dwarf shrimp they can keep in 5, 10, 20-gallon tanks.

Luckily, a few years ago this question was answered by scientists. In their experiments, they tested how density affects the size, survival, and breeding rate of dwarf shrimp (Neocaridina sp.). 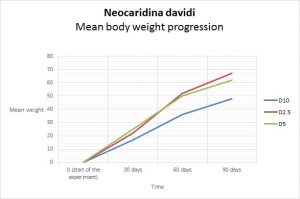 To exclude any variations, water parameters and feeding ration were the same for all groups of the shrimp. Scientists divided dwarf shrimp into 3 main groups:

The experiments continued for 90 days and these were the results:

How Density Affects Survival Rate of the Shrimp

Dwarf shrimp are social animals. They do really well in the company of their own kind. Even more, in large groups, they become more outgoing and confident. As a result, the larger the group, the better their displays will be.

Another great news is that even high shrimp density in the tanks will not affect much their survival rate. Results of the experiments showed the survival rate of different groups:

As we can see, the survival rate results in shrimp are consistent within the statistical error.

How Density Affects Breeding Rate of the Shrimp

According to multiple studies, larger females usually produce more eggs per clutch in crustaceans than smaller ones.

This pattern applies to dwarf shrimp as well. At the lower density, we can also register an increased reproductive frequency in females.

Note: Generally, a female shrimp can produce 21-51 babies per hatching.

Now, when we know that the optimal shrimp density is 10 dwarf shrimp per gallon (about 4 liters), how can we apply it to our tanks in reality?

Let’s be honest, nobody in their right mind would count shrimp to keep the perfect ratio all the time.

Of course, it can be easily done in small tanks. But what about big ones? For example, how can we count 200 shrimp in a 20-gallon tank? It is absolutely not possible!

Therefore, all these optimal numbers are necessary only for professional breeders, it helps them to be more efficient.

Other people do not really need it. If you are an ordinary aquarist and your shrimp colony starts growing, it is a sign that your shrimp are happy and healthy. Therefore, all these numbers become irrelevant to you in most cases.

Even more, it is not only about mathematic. You can have the optimum shrimp density but in reality, they may suffer. Why?

Because density and size of the tank are only one of the factors!

In the aquarium hobby, the determining factor is how well you can maintain the tank.

For example, the temperature is another factor that can affect density.

Density and Temperature in Shrimp Tanks

Overstocking and higher temperatures will lead to the depletion of oxygen levels in an aquarium.

In addition, low levels of aeration in shrimp tanks can easily cause ammonia build-up to reach toxic levels it will also affect shrimp

In the aquarium hobby, there are lots of different types of freshwater shrimp. They come in all shapes, colors, and sizes.

Neocaridina and Caridina species are very small (up to 1 inch or 2.5 cm) and can be kept in big numbers but what about other shrimp?

Can I keep just one shrimp?

Well, technically, it is possible. However, I would not recommend it. Lonely, dwarf shrimp will be under constant stress because they are social animals that require company. As a result, it will affect its wellbeing and behavior, for example, it will hide most of the time.

So, how many shrimp can I have in my tank?

For Neocaridina and Caridina species, the ideal calculation is 10 dwarf shrimp per one gallon. This density has the best growth results. However, this type of calculation should give you only a rough estimation, because it also leaves a lot of room for error. I am saying that:

Let me know if you have any questions that I did not cover in this article. I’ll be glad to help!

4 thoughts on “How Many Shrimp Can I Have in My Tank?”