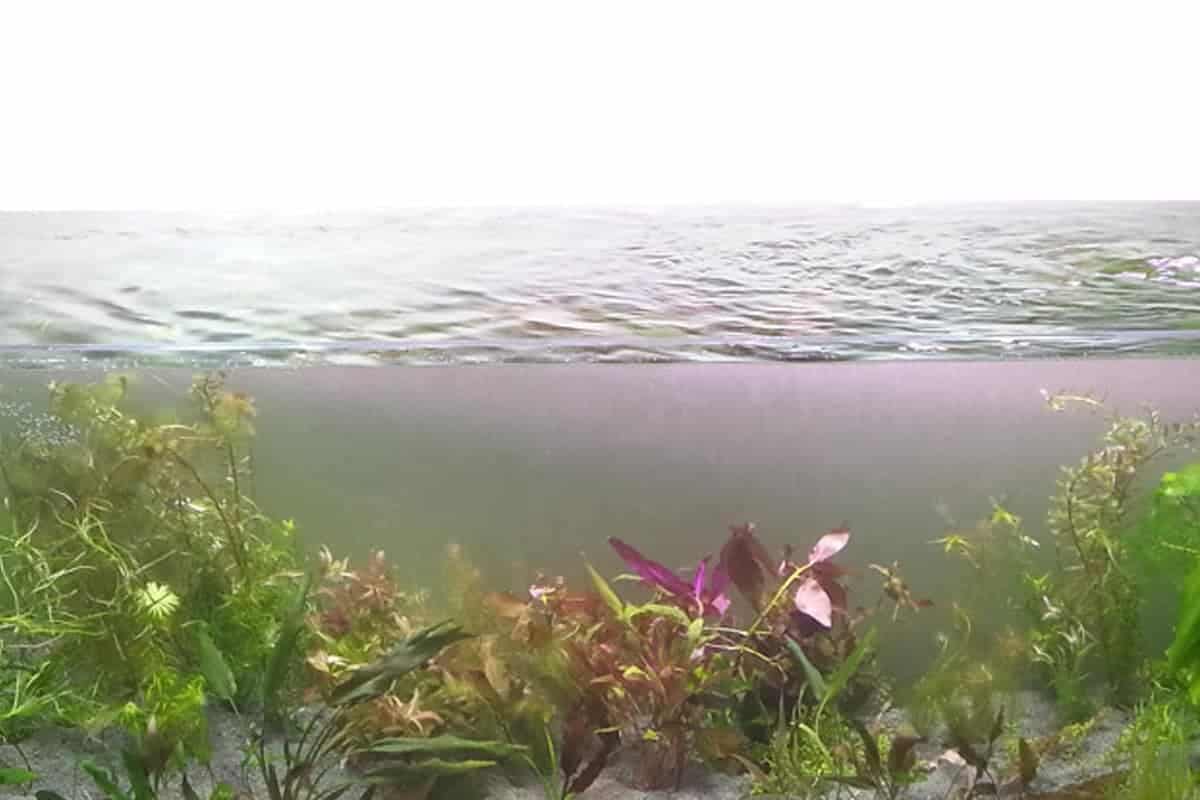 Aquatic life cannot survive without oxygen (O2). Oxygen is vital for the sustenance and growth activities of living organisms — these consist of fish and inverts, as well as live plants and the mass of beneficial bacteria latching onto various surfaces in an aquarium.

In the aquarium, surface agitation increases the oxygen content of the water, and this is achieved through aquarium equipment that can disturb the water surface. Essentially, ample levels of dissolved oxygen are required for animals to breathe and plants to conduct photosynthesis.

Surface agitation contributes hugely towards sustaining the life of tank inhabitants and promoting health of the aquarium. It is an act that the majority of aquarium owners do not joke with because of its great importance.

What is Surface Agitation?

Surface agitation simply means the movement of water on the surface of the aquarium.

In the wild, natural phenomena such as wind, wave actions, and rainfall cause movement on the surface of the water; thus, breaking the surface tension and releasing dissolved oxygen (DO) for fish, shrimp, crabs, snails, and other aquatic animals to breathe.

Whereas in the aquarium, aeration devices and filtration unit are used in agitating the water surface and oxygenating the aquarium water. So, the ripples you often see at the surface of the water are a result of surface agitation.

Apparently, this process greatly facilitates gas exchange: the infusion of oxygen and expulsion of carbon dioxide from the aquarium water.

Surface agitation is achieved by an aquarium filter or aeration devices like powerheads and air stones which form numerous bubbles that rise to the surface and pop; thereby breaking the surface tension to foster the proper exchange of gases.

Through respiration, your aquarium fish absorbs enough oxygen content from the water and converts it to carbon dioxide which is then exhaled through the gills.

Now, these gases: oxygen and carbon dioxide are exchanged at the surface of the water and this occurrence is encouraged by surface agitation.

Note: Gas exchange as oxygen makes its way into wide, shallow tanks faster than in tall, narrow ones.

Moreover, aeration devices help to expand the surface area of the water, hence increasing the circulation of water and the rate of oxygen absorption.

Why is Surface Agitation Important?

The surface area of your tank plays a huge role in gas exchange.

Having ample oxygen levels in an aquarium will determine the quantity of fish and other animals that can be stocked.

Here are some examples of fish, shrimp, crayfish, crab, and snail species that require a higher level of oxygen in the tank.

Thus, an adequate rate of surface agitation in your tank also means you can keep more pets because there would be sufficient dissolved oxygen levels to sustain their lives.

In tanks with no/minimal surface agitation, biofilm (oily films, slicks, or surface scum) can easily form on the surface of the water and it will remain that way since there is nothing to break it up.

Creating sufficient movement at the water surface will help break up the oily film which makes the aquarium look murky and less appealing. A HOB filter or surface skimmer can easily solve/forestall this problem through constant agitation of the water surface.

Also, CO2 injection triggers a faster accumulation of gases, and this can exceed safe levels. Through increased surface agitation, excess CO2 can be easily eliminated to avert harm to your tank inhabitants.

Similarly, live plants tend to use up oxygen in the absence of light. At this time, they cannot give off oxygen until the lights return. This is yet another benefit of surface agitation as it helps oxygenate the water during dark periods and expels carbon dioxide released by the plants.

In tanks with pressurized CO2 systems, surface agitation should be increased at night to introduce oxygen as plants pull a great deal of this gas from the tank water.

The Downside of Surface Agitation

Surface agitation can be adverse when it is excessive.

Many floating plants (like Amazon frogbit, Salvinia auriculata, Duckweed, Water spangles, etc.) do not appreciate surface agitation as it affects their growth and makes their leaves decay.

In the same vein, fish species such as Betta splendens (Bettas), or African Dwarf Frogs (Hymenochirus boettgeri) prefer water with low currents and agitation to thrive.

Therefore, it’s improper to have a lot of surface agitation in your aquarium if you stock animals that loathe it.

Means of Agitating the Aquarium Water

A good filtration unit will filter your tank water and at the same time — agitate it.

For instance, a hang-on-back (HOB) filter will properly aerate your aquarium by agitating the water surface since it has return lines/outputs that release water onto the surface of the aquarium.

These consist of airstones (porous stones) and bubble walls which create surface agitation by pumping air into the water.

This forms lots of small bubbles that rise to the surface of water and burst, thus agitating the tank water.

Aquarium bubblers are connected to an air pump and then placed in the lower regions of a tank. They double as good aeration devices and decorative pieces in the aquarium.

Powerhead is equipment that helps in increasing water circulation and surface agitation in aquariums.

Overall, you can maintain a good amount of surface agitation and dissolved oxygen levels in your aquarium by investing in one or more powerheads.

This is a powerful, supplemental aeration device that produces a natural-looking flow pattern similar to that of oceans and seas.

Aquarium wavemaker increases surface agitation by causing good water movement at the surface. In addition, it maximizes water circulation throughout the tank and helps to remove the surface film.

Spray bar is a long bar with a bunch of little holes, and this accessory is connected to the outflow of an external filter. As the outlets spray water into the tank; the little streams churn the surface; causing more oxygen to enter the aquarium water.

Similarly, the lily pipe, which is shaped like the flower of the Calla lily functions in a similar manner. It creates agitation at the surface through gentle water movements, reduces surface scum and increases gas exchange.

By blowing a fan across the surface of the tank, we increase surface agitation. Aquarium fans cause a good amount of ripples on the surface of your tank. So, if you do not want to introduce any more tubing or equipment inside the tank this will be an excellent solution to the problem.

Do not forget that there is more oxygen dissolved in cooler water.

It is not possible to overestimate the importance of surface agitation in aquariums: