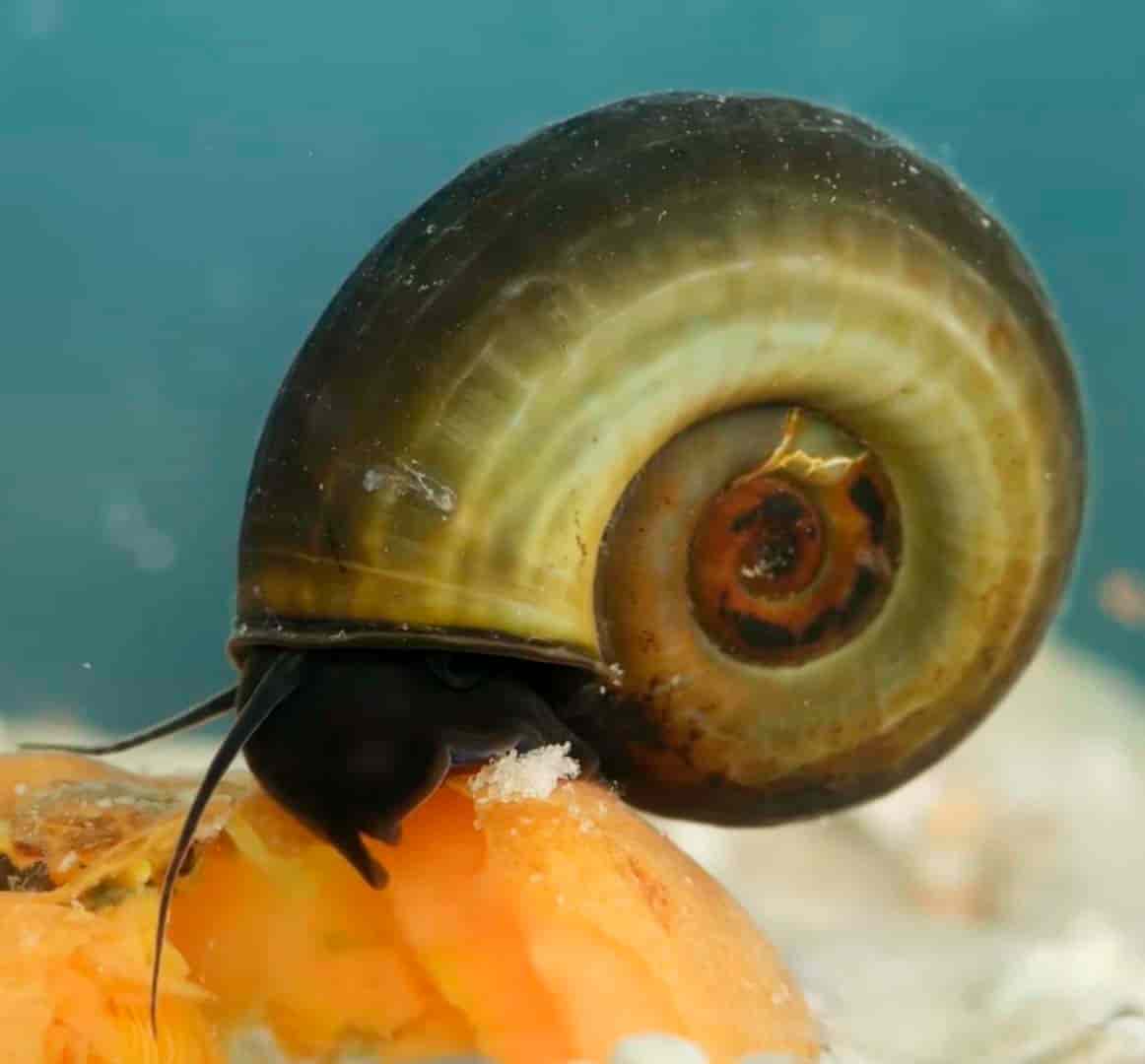 Ramshorn snails (Planorbella duryi and Planorbarius corneus) are becoming an all-too familiar feature around tanks these days. Some aquarists deliberately put them into the tanks and raise them as pets. Some other people eventually wake up to find out this particular snail has turned out as part of their tank. Whether you want to see a Ramshorn snail as your pet or it has become an unwelcomed pest that has found its way into your tank, one thing is certain – wherever there is a water tank, you are bound to see Ramshorn snails there.

Ramshorn snails are extremely prolific and adaptable snails. Under good conditions, they can grow very fast. Consider about it before the purchase of this beautiful snail. If you consider Ramshorn snails as pets, or you love to rear them for commercial purposes, then there are a few important tips that you need to know. Those tips will be adequately provided in this post.

A Healthy Addition to Tanks 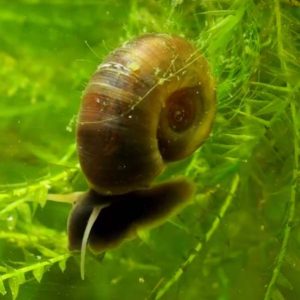 Ramshorn snails are very useful when they are put in shrimp tanks or even snail tanks. This snail species has a way of making a tank look cleaner by eating up whatever has been rejected by the aquatic animal that was there.

They are fond of moving from one end of a tank to another looking for what to feed on, eating up every decayed plant, debris, as well as algae, build-ups on hard walls.

Size and Age of Ramshorn Snails

Ramshorn snails do exist in different sizes. At their tender age, they have transparent shells and are almost 0.25 inches long. But as the snail begins to get older, the shells become less transparent. Therefore, one way to identify Ramshorn snails regarding their age is to consider their shells. You can also expect their shells to grow in width as the snail grows in length. 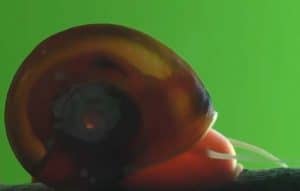 Taking care of a Ramshorn snail is super easy. To get started, you only need to consider a couple of variables and you are good to go. Some of these variables include habitat, size of the tank, growth rate, reproduction, lifespan, water parameters, and diet.

One thing that Ramshorn hobbyists often overlook concerning its rearing is fresh vegetables. You will always make their day when you feed them with spinach leaves, green lettuce leaves, and slices of green zucchini. It is a lot better if Ramshorn snails are fed in small portions.

The Growth of Ramshorn Snails

Feeding a Ramshorn snail with a balanced diet that comprises aquarium algae, debris, commercial supplements, and vegetables will only result in healthy and steady growth. Ramshorn snails need a decent level of calcium in their foods to grow well.

Among other things, calcium helps to ensure that they grow up with fortified shells. With a lesser amount of calcium in their foods, they will surely grow less healthy than they are supposed to. If you feed them with a lesser portion of their food, it will also result in stunted growth.

So if you want to ensure perfect growth and a healthy set of Ramshorn snails, you have to give them foods that contain a healthy amount of calcium in it.

How They Fare With Living Plants

Ramshorn snails do feed on plants, but the thing is they do it for specific reasons. They feed on plants when they are mostly not well-fed. And they also do that when the leaves of such a plant are soft. If you are very worried about them eating your plants, you can put them together with plants that have hard leaves. A good example is Anubias barteri.

The best thing is to feed them very well with a leafy vegetable diet, and you can worry less about them eating up your live plants.

The lifespan of Ramshorn Snails

The stress of moving from one tank to another could be responsible for such premature deaths. But whatever the case, the fragility of these snails have to be mentioned, so you can have it in mind when you start rearing them.

When a Ramshorn snail is lying motionless at the bottom of a tank for a while, it is a likely indication that it is dead. However, there are times they stay without moving inside the tank for a short period. But if this happens for a longer period, you can be doubly sure that that snail has passed on.

One of the challenges enthusiasts have with rearing Ramshorn snails is the way they reproduce. It only takes them a while after they have been introduced into a tank before they start laying their eggs. In addition to laying these eggs in clutches, they also do it quickly. This is the case because they can become fertilized without a second partner, as they are commonly grouped as hermaphrodites.

They lay their eggs on the walls of the tank and on the leaves that are inside the tank. Every clutch of the egg is similar to a transparent node, having round-looking cells. It takes between 2 to 3 weeks for a little snail to grow and possibly become independent.

Since they are hermaphrodites you can only control the way they give birth by influencing their ration of food. All things being equal, the more they eat, the more they are likely to reproduce.

Ramshorn snails may not be the most fascinating creatures when it comes to getting away from predators. But they do have their little way of doing things.

They unusually swim on water surfaces with their shells upside down. This is possible by utilizing its body’ floating ability to achieve balance. To achieve balance, it allows air into its shell.

At a state of equilibrium, a Ramshorn snail can leverage bacterial slime or surface tension to swim on the surface of the water. So whenever they are swimming on the surface of the water and their movement is suddenly disrupted, they sense danger and immediately let out the air in their shells, and begin to sink to the bottom. That is how they manage to get away from their predators.

Ramshorn snails are one of the most peaceful creatures considering how they relate with other tank mates. They are never aggressive and the only way it defends itself from others is when it retreats into its shell. They lack operculum like their Gold Inca snail counterparts who are able to seal their shells after retreating from a possible attack. Occupying a Ramshorn snail tank with other peaceful neighbors like Otocinclus and Cory catfish is always a brilliant option.

Whatever you do, don’t put them together with aggressive fish like Goldfish, Cichlids, or any type of fish that is likely to cause harm to them. Other fishes that should not be used as tank mates include aquarium Crayfish (even Dwarf Mexican crayfish), Tangerine lobsters, and a few others. Ramshorn snails are basically slow in their movement, so they won’t probably stay long when you put them close to such aggressive aquatic creatures.

Ramshorn snails have are often overlooked, underappreciated, and sometimes even hated within the aquarium community. Personally, I think that they are great for a shrimp tank.