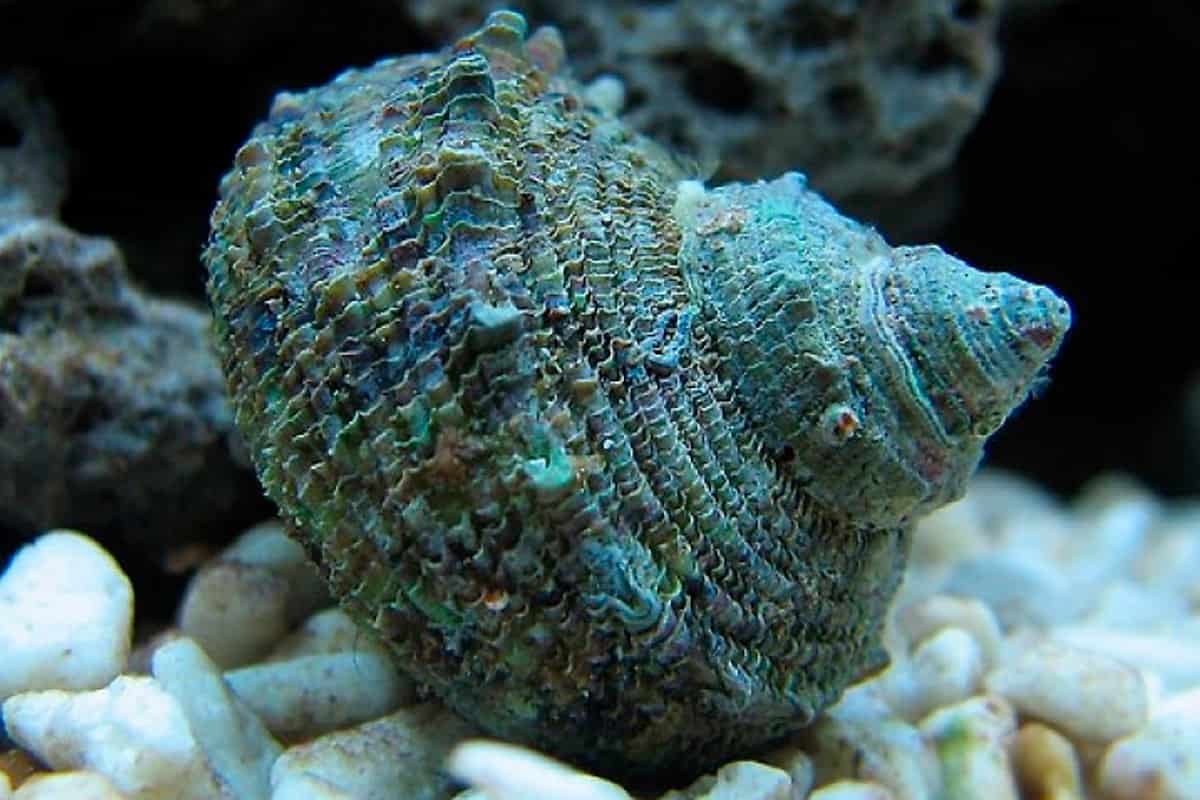 If you are looking to adorn your saltwater aquarium with some new aquatic life, saltwater snails are some of the most efficient algae cleaners you will encounter. Even though each snail will have a slightly different taste and scavenging expertise, their appetites will always lead them to any detritus or algae and help maintain your tank’s cleanliness nothing but in style.

Finding the type of snail best suited to the particular ecosystem of your saltwater aquarium is crucial and these pros and cons can help guide you in your campaign to eliminate your algae issues.

Below is a list of the most popular saltwater aquarium snails. This article will help navigate you through the pros and cons of each snail species. In addition, I will provide some links to articles with deeper information into individual care. 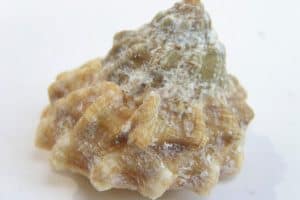 Native to the Caribbean, their textured beige shells give them the perfect camouflage as they rummage across the sand and rocks in your reef aquarium. As long as it doesn’t flip over onto its shell, the herbivore Astrea snail is one of the best algae cleaners your tank can get. 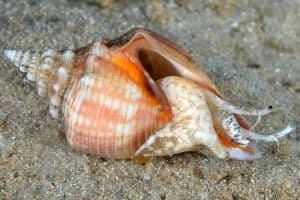 If the mesmerizing contour of the Conch snail’s shell doesn’t distract you, its curiously elongated mouth certainly will. Despite some of its appellation as a Fighting Conch snail, they will merge harmoniously into your tank’s environment as remarkable sand bed cleaners.

Conch snails have unique eyes that will watch the action around them. Every step you take, every move you make, they’ll be watching you.

In addition, these snails can grow pretty big in saltwater tanks. They can reach 7 – 10 cm (3 to 4 inches) in length. 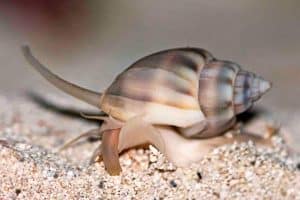 Don’t be fooled by the Nassarius snail’s relatively small size (they can barely reach 2 cm (~ 0.8 inches) as it is one of the most skilled and voracious scavengers.

Their delicate toned shells can be seen peeking out of the sand as they forage for food and stick out their elongated siphon for any smell of food.

Although Nassarius snails spend most of their time buried, they move rapidly around the aquarium waving the siphon, once they smell the food in the tank. 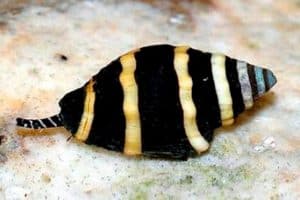 Bumble Bee snails are distinctive in appearance and thus easy to recognize.  Honoring its name unequivocally, the gorgeous black and yellow stripes running across its shell will provide a colorful addition to any aquarium, so much so that many owners are willing to overlook its carnivorous nature.

The risk potentially posed to other snails remains a small price to pay for this the Bumble Bee snail’s unique design.

A Bumble Bee snail’s natural diet is mainly composed of other species of snails and worms, though they are also opportunistic feeders. They will eat almost anything that they can scavenge, and this includes decomposing fish and other small invertebrates. 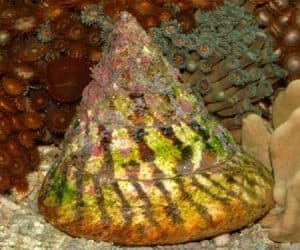 The pyramid-shaped Trochus snails are originally from the Indo-Pacific waters and bring a touch of the exotic with the maroon spirals around their shells. Perfectly adapted to reef aquariums, they tend to be highly independent, being of a peaceful nature whilst still maintain a strong defense against potential predators.

I strongly recommend these snails as they will become a valued part of the cleaning crew. Their relatively larger size is often preferred for their similarly voluminous appetite for all types of algae. Trochus snails will be very helpful in keeping your saltwater aquarium free from algae. 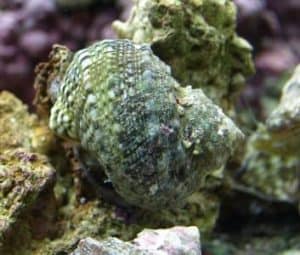 Thoroughly praised for its ability to eat up large quantities of algae, including hair algae, the Turbo snail’s appetite certainly lives up to its appellation. Their asymmetric curled up shells remind one of land snails, whilst its rusty coloration stands out in the water.

Most aquarists believe that they are actually the best algae-eater snails in marine tanks. 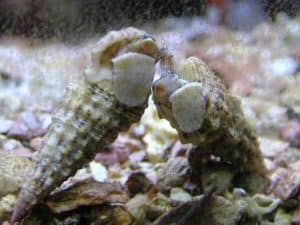 Although it may take time to fully grow out, the Cerith snail’s elongated shell hosts a surprisingly large appetite for both algae and living microorganisms. These snails are accustomed to the warm temperatures of their native waters in the Caribbean and Eastern Pacific coast.

Cerith snails do not grow big as adults, their maximum size is usually about 1 inch (or 2.5 cm) in diameter.

Cerith snails are voracious when in feeding mode. They are able to eat a considerable amount of diatoms, cyanobacteria, film algae, detritus, and hair algae throughout the tanks found in Aquariums. 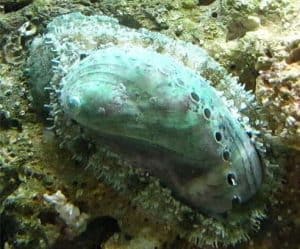 These flat gastropods might not be able to compete very well with the ornate shells of some other sea snail species, but they will surpass most in their ability to consume large quantities of algae.

They are able to move surprisingly fast to bring the lower half of your aquarium to life, but unfortunately not fast enough for them to have avoided ending up in people’s plates. This seawater snail has become increasingly less common to its native temperate climate but still manages to thrive in large aquarium tanks. 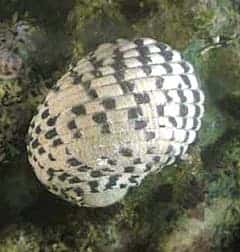 Nerite snails are certain to catch anyone’s eye with their black and yellow vertical stripes. If their mesmerizing look wouldn’t already suffice to make them a great decorative addition to any aquarium, their small size lets them penetrate the deepest crevices of your tank and clean out any stubborn algae.

Nerite snails generally occur in the intertidal zone on rocky shores, in tide pools, and on reef flats. Although most species of Nerite snails tend to live in freshwater, there exist a few that can tolerate saltwater aquariums. 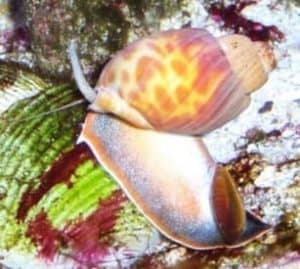 These omnivorous snails will adorn any sand bed with its sophisticated shell design which often earned it the name of Tiger or Leopard Nassarius snail. The problem is that these snails have nothing to do with Nassarius species!

Its nocturnal habits will have aquarium owners longing for a peek of its brown and cream spiral shell whilst it busies itself at cleaning and aerating the sandy substrate. 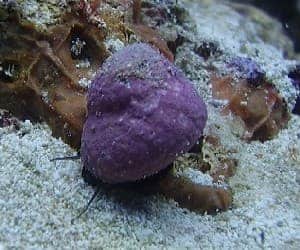 Its textured circular shell is well sought out for as one of the most efficient hair algae consumers. The Margarita snails originate from the cold depths of the Indo-Pacific waters where they first acquired a taste for their nocturnal lifestyle.

This snail will make you forget all about your troubles with excess algae. The only problems, though, is that they are not easy to care for, since they prefer low temperatures. 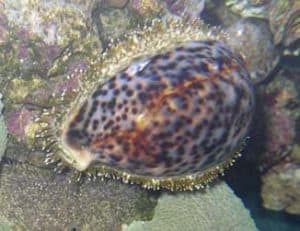 The Cowrie snail distinguishes itself from others by its oval and comparatively thick shell. Spotted with a degradation of browns and maroons, it has a mantle which can cover its shell entirely or be quickly retracted in case of a threat. Perfect to blend into a rock aquarium, it will tend to hide around crevices as it scavenges for food. 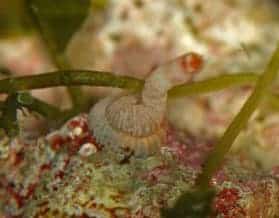 Although Vermetid snails have kept a hold of their appellation as “snails”, their behavior is far from traditional. They tend to plant themselves into rocks and remain completely stationary from then onwards. They feed themselves through a network of tubes that sprawl out of their bodies and catch any organic material floating nearby.

Their ability to reproduce quickly and increasingly damage corals has made them more into a snail to avoid rather than cultivate. Alike to fungi in many respect, these should be cleaned out of most aquariums they appear in to avoid damage to the pre-existing ecosystem.

Before putting snails in your tank do not forget to acclimate them. Regardless of their hardiness, it will be better to acclimate any snail (read more about it here) as all invertebrates.